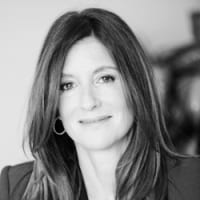 Cur­rent­ly, a num­ber of DMD pa­tients take glu­co­cor­ti­cos­teroids for that pur­pose, in­clud­ing pred­nisone and de­flaza­cort (sold in the US by Marathon as Em­flaza). There’s al­so Sarep­ta’s ex­on-skip­ping drug, eteplirsen (Ex­ondys 51), though its ben­e­fits have yet to be borne out; Sarep­ta and a hand­ful of ri­vals are now in hot pur­suit of a sup­posed one-time cure to re­place the miss­ing dy­s­trophin gene in pa­tients.

Da­ta from the small, place­bo-con­trolled study sug­gest that with a high­er dose than the past and de­liv­ered in­tra­venous­ly, the ther­a­py is work­ing. At the six-month cut, 6 pa­tients were evalu­able in each arm. For those treat­ed with CAP1002 mid-lev­el PUL — think mov­ing el­bows and pulling hand to mouth — de­te­ri­o­rat­ed by an av­er­age of 0.2 on a 6-point scale, com­pared to 0.8 on place­bo. The p-val­ue was 0.0389.

This and grip strength are the on­ly im­prove­ments still sta­tis­ti­cal­ly sig­nif­i­cant af­ter six months (there was al­so a three-month snap­shot), but Capri­cor stressed pos­i­tive trends through­out.

“I’d like to just re­mind peo­ple that this pop­u­la­tion of DMD re­al­ly rep­re­sents more than half of all DMD pa­tients and there re­al­ly have not been ther­a­pies that have re­al­ly fo­cused on this pop­u­la­tion which have just in­cred­i­bly high bur­den of dis­ease,” Craig Mc­Don­ald, the na­tion­al PI and a pro­fes­sor at UC Davis, said in the call.

Armed with these num­bers and an RMAT des­ig­na­tion from the FDA, Capri­cor is now look­ing in­to a “lean, ef­fi­cient” piv­otal study to po­si­tion the cell ther­a­py for a BLA — if it can find the cash to do so.

A few months ago it was forced to chop 21 staffers, or half of its work­force, in or­der to car­ry on with clin­i­cal ac­tiv­i­ties un­til the end of this year.