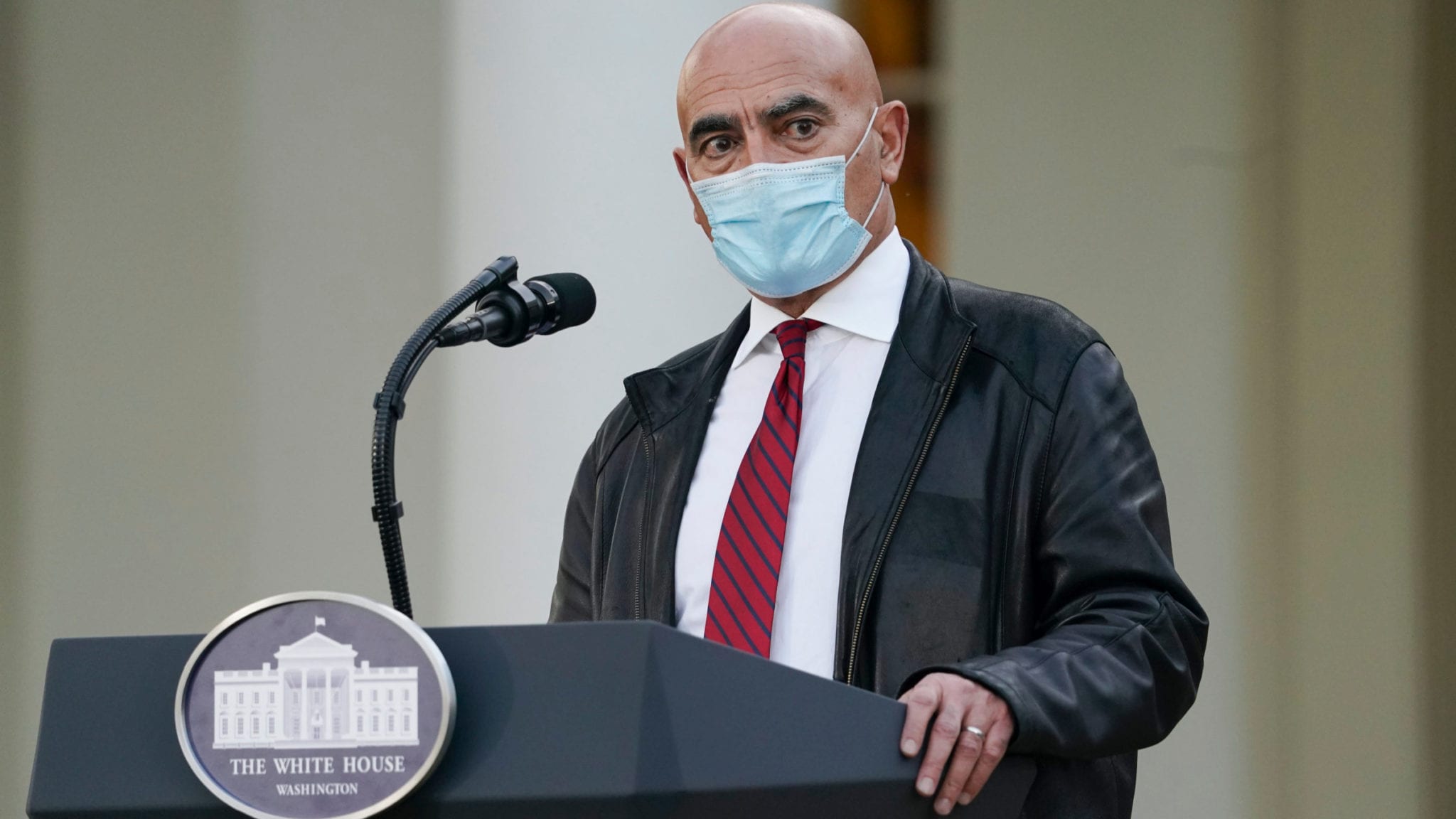 Mon­cef Slaoui’s tu­mul­tuous reign as chief of Op­er­a­tion Warp Speed is com­ing to an end.

The for­mer Glax­o­SmithK­line vac­cine ex­ec has sub­mit­ted his res­ig­na­tion at the re­quest of the in­com­ing Biden ad­min­is­tra­tion, CN­BC re­port­ed. Un­der his cur­rent con­tract and agreed plan, he will stay on for a month to aid with tran­si­tion — al­though his role is ex­pect­ed to be di­min­ished af­ter the in­au­gu­ra­tion on Jan. 20.

In the sev­en months since he was tapped by out­go­ing Pres­i­dent Don­ald Trump to the role, Slaoui has co­or­di­nat­ed an un­prece­dent­ed sci­en­tif­ic ef­fort to de­vel­op vac­cines and ther­a­peu­tics against the back­drop of a rag­ing pan­dem­ic. Of­ten crit­i­cized for his ex­ten­sive ties and fi­nan­cial in­ter­est in the bio­phar­ma in­dus­try, he stood on his ground guard­ing the ini­tia­tive he led from politi­ciza­tion, go­ing so far as to, on oc­ca­sion, con­tra­dict Trump’s claims on when a vac­cine might be ready at a time many were con­cerned about a rush job.

As he de­scribed to Sci­ence mag­a­zine back in Sep­tem­ber:

Once we set that strat­e­gy, we start­ed to op­er­a­tional­ize it. Sur­pris­es come every day. New ques­tions from the FDA. Or a clin­i­cal tri­al site that’s not re­cruit­ing. Or im­bal­ances in the kind of pop­u­la­tions that we want to have in the study. Or chang­ing the ge­o­graph­ic lo­ca­tion of the sites be­cause the epi­demi­ol­o­gy is evolv­ing. There are 25 dif­fer­ent sites in the U.S in­volved in the man­u­fac­tur­ing of these six vac­cines and Gen­er­al Per­na and my­self tour all of them. Frankly, it’s ac­tu­al­ly work­ing even bet­ter than I was hop­ing.

The 61-year-old had pre­vi­ous­ly in­di­cat­ed that he planned to step down by ear­ly this year once two vac­cines and two ther­a­peu­tics have been au­tho­rized. Both of those goals had been reached by the end of 2020 as the FDA is­sued emer­gency use au­tho­riza­tions for the mR­NA vac­cines from Pfiz­er/BioN­Tech and Mod­er­na as well as an­ti­bod­ies from Eli Lil­ly and Re­gen­eron.

The onus now falls on the dis­tri­b­u­tion team, as the Trump ad­min­is­tra­tion makes sev­er­al big changes to the vac­cine roll­out strat­e­gy in a bid to get more shots in arms quick­ly.

Biden has out­lined a goal to hit 100 mil­lion vac­ci­na­tions in the first 100 days of his tenure, but it’s un­clear who on the Biden team will take the sci­en­tif­ic lead on the oth­er Op­er­a­tion Warp Speed-backed projects that are still in clin­i­cal tri­als. Jeff Zients is his co­or­di­na­tor of Covid-19 re­sponse, and Bechara Chou­cair, the for­mer chief health of­fi­cer at Kaiser Per­ma­nente, has been tapped as the vac­ci­na­tions co­or­di­na­tor.