One of the rea­sons why Sarep­ta $SRPT had such a hard time get­ting its Duchenne drug through the FDA rest­ed on a pub­lished study that reg­u­la­tors had con­clud­ed was based on un­re­li­able da­ta that led to er­ro­neous con­clu­sions.

Califf and Unger chose the let­ter, and as Re­trac­tion Watch notes, the heav­i­ly crit­i­cized pa­per stands as pub­lished — un­stained by the FDA’s opin­ions or the dis­pute over its ac­cu­ra­cy. 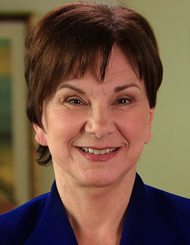 The con­tro­ver­sy over eteplirsen, though, con­tin­ues to bub­ble as new doc­u­ments have been pub­lished from the law­suit high­light­ing heat­ed top-lev­el dis­cus­sions about the role Janet Wood­cock played in get­ting the drug ap­proved.

Wood­cock not on­ly ap­peared bi­ased to some, she al­so nixed any ob­jec­tions in push­ing through an ap­proval. Now the drug is sold for hun­dreds of thou­sands of dol­lars a year, to Duchenne fam­i­lies who swear by the drug, even though there is no hard da­ta to sup­port its ef­fi­ca­cy.

And don’t ex­pect this to be the fi­nal word, ei­ther. This is one ar­gu­ment that won’t play out un­til ac­tu­al da­ta is avail­able. And that will take years.