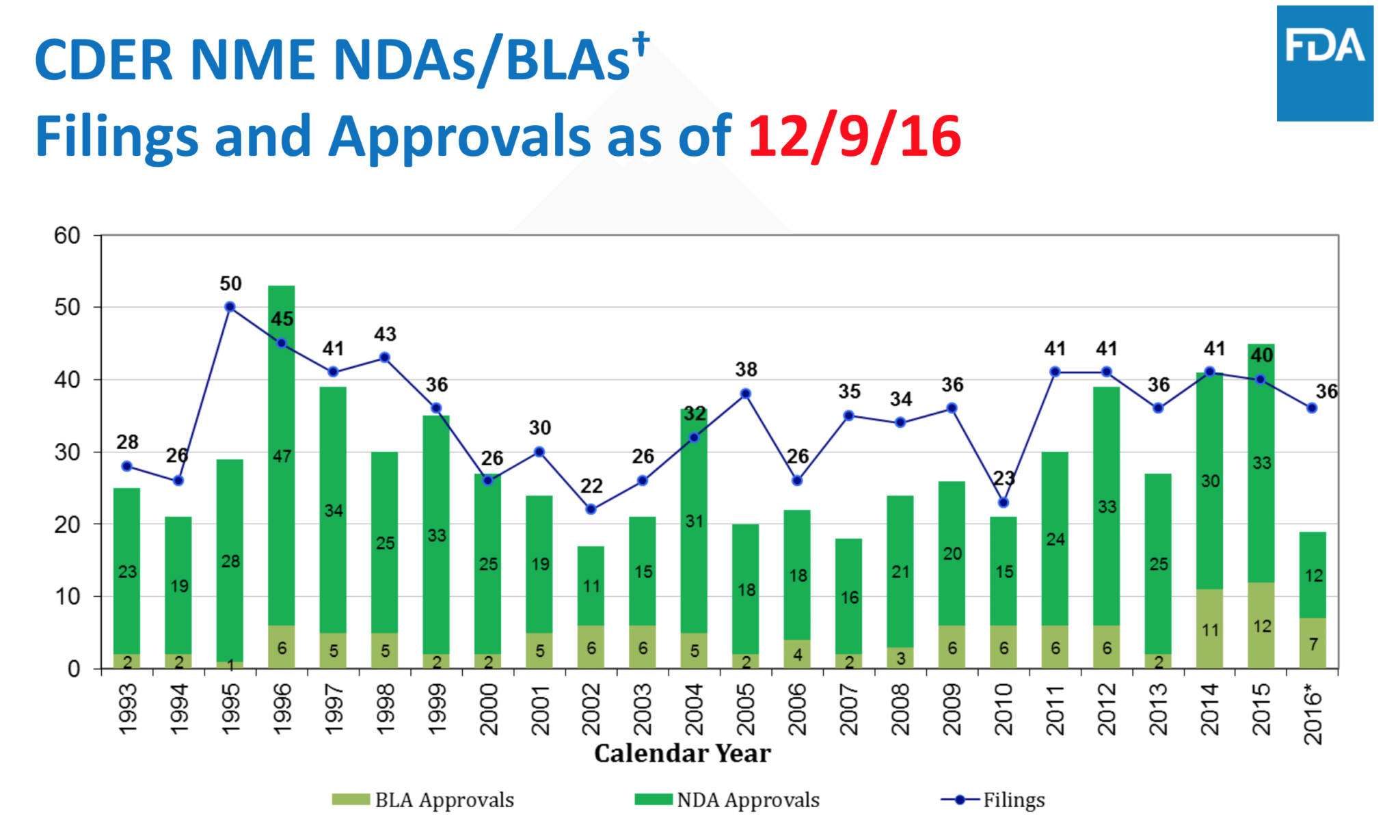 The FDA’s John Jenk­ins has one more an­nu­al re­view on new drug ap­provals be­fore he re­tires as di­rec­tor of the Of­fice of New Drugs. And it’s not a pret­ty pic­ture.

Af­ter track­ing surg­ing new drug ap­provals for much of the past 5 years, which helped al­le­vi­ate con­cerns about the in­dus­try’s over­all R&D pro­duc­tiv­i­ty rate, the agency post­ed on­ly 19 new BLAs and NDAs in 2016 — a low the agency hasn’t seen since the bad old days of 2007.

The rea­son for the sud­den plunge, Jenk­ins ex­plains in his pre­sen­ta­tion, has to do with the fact that the FDA sped up 5 ap­provals, shift­ing them from 2016 up in­to 2015. 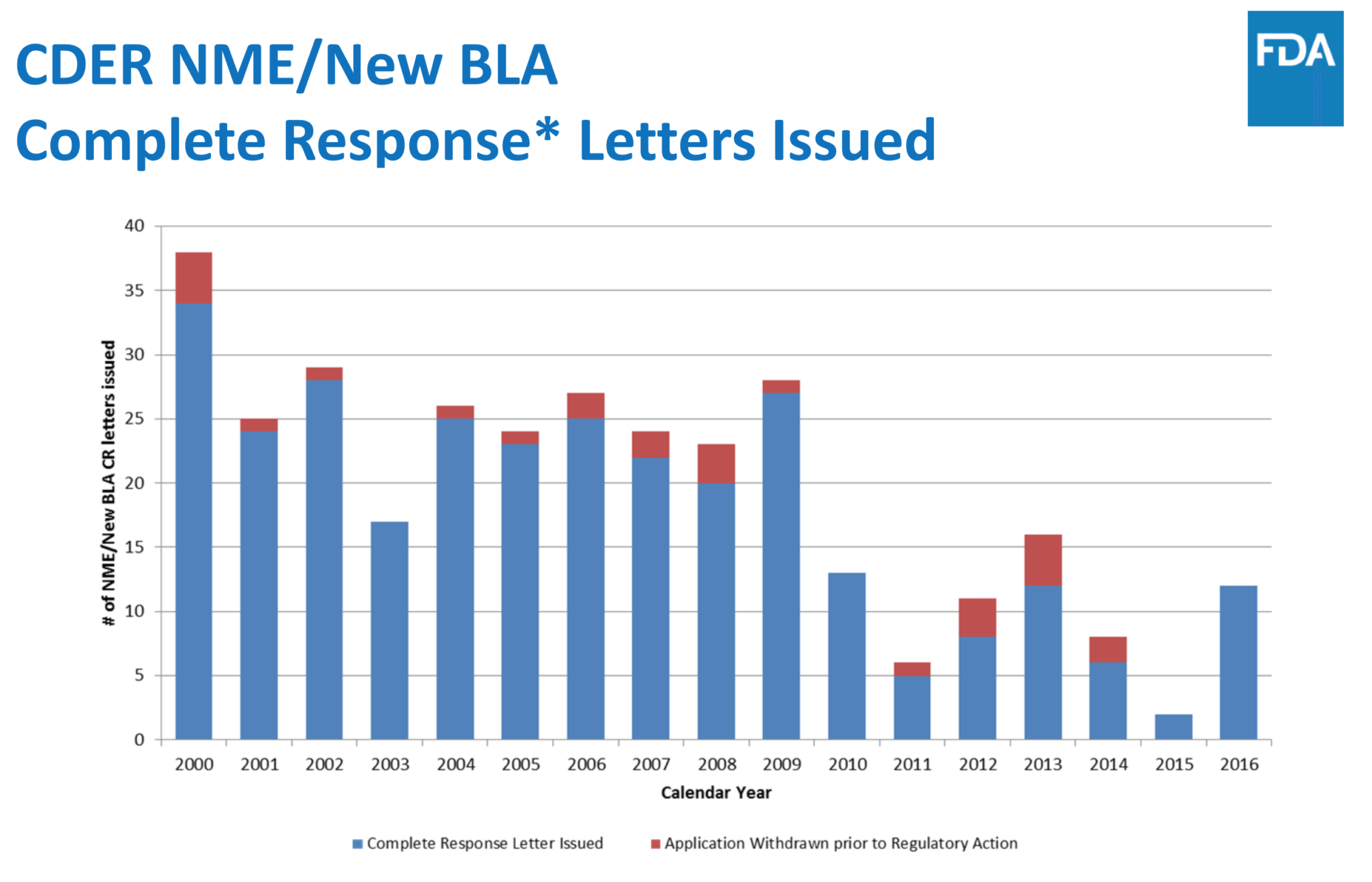 There were al­so few­er ap­pli­ca­tions this year and its num­ber of re­jec­tions, or CRLs, spiked af­ter hit­ting a record low in 2015. Sev­er­al of those CRLs cit­ed man­u­fac­tur­ing prob­lems rather than is­sues with the drugs.

The FDA has made a big point of mov­ing quick­ly on new drug ap­pli­ca­tions, and Jenk­ins made sure to high­light the agency’s track record, with two-thirds of the new ap­provals com­ing through on a pri­or­i­ty timetable. Close to a third of the new ap­provals al­so came with break­through drug des­ig­na­tions. And 42% of the BTDs is­sued so far are in can­cer and hema­tol­ogy, by far the largest num­ber for any of the cat­e­gories the FDA has. Meta­bol­ics, mean­while, ac­counts for on­ly 2% of the BTDs.

Reg­u­la­to­ry speed, though, won’t be much help to an in­dus­try that can’t find enough new drugs to re­place the old ones fac­ing gener­ic com­pe­ti­tion. De­loitte’s an­a­lysts picked up on that with its own take on R&D pro­duc­tiv­i­ty among the Big 12, which is grow­ing steadi­ly worse.