Nixed by the FDA, Ther­a­peu­tic­sMD is now plan­ning a long-shot bid to re­verse the de­ci­sion 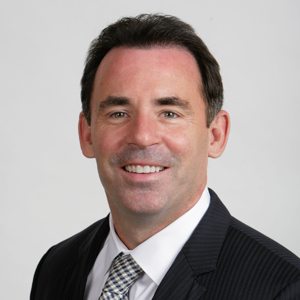 Ther­a­peu­tic­sMD al­ready flagged that the FDA was about to re­ject its ap­pli­ca­tion for TX-004HR, a pro­posed new ther­a­py to treat vagi­nal pain dur­ing in­ter­course for women with vul­var and vagi­nal at­ro­phy trig­gered by menopause. To­day it con­firmed that the agency has in­deed nixed the treat­ment, and it’s prepar­ing a re­but­tal case to see if they can turn it around.

That’s doubt­ful, as the FDA rarely re­vers­es course once reg­u­la­tors have made up their minds — though it can hap­pen.

In this case, though, Ther­a­peu­tic­sMD {TXMD} al­ready faces ri­vals on the mar­ket, un­der­cut­ting any ar­gu­ment it could make on un­met med­ical need. We don’t have the CRL, as the FDA doesn’t pub­lish those, but the Bo­ca Ra­ton, FL-based com­pa­ny says that the reg­u­la­tors’ sole con­cern was lack of longterm da­ta on en­dome­tri­al safe­ty be­yond the 12 weeks it has in the Phase III.

The Com­pa­ny be­lieves that the NDA was ap­prov­able as filed and in­tends to meet with the FDA as soon as pos­si­ble to ad­dress the con­cerns raised by the FDA.

If the FDA sticks with its de­mand, Ther­a­peu­tic­sMD would have to launch a new tri­al which would sig­nif­i­cant­ly de­lay any re­turn to the agency.

Ther­a­peu­tic­sMD start­ed the day with a mar­ket cap at $952 mil­lion. The stock dropped about 10% as in­vestors got a bet­ter idea of what was trip­ping the com­pa­ny up.

“While we are dis­ap­point­ed that the NDA for TX-004HR was not ap­proved at this time and re­spect­ful­ly dis­agree with the FDA’s de­ci­sion, we be­lieve there are mul­ti­ple paths for­ward to ad­dress the con­cerns raised by the FDA. The FDA has en­cour­aged us to re­quest a meet­ing to dis­cuss our path for­ward and we in­tend to meet with the FDA as quick­ly as pos­si­ble,” said Ther­a­peu­tic­sMD CEO Robert G. Finizio. “We are al­so con­tin­u­ing to pre­pare the NDA for TX-001HR, our in­ves­ti­ga­tion­al oral bio-iden­ti­cal com­bi­na­tion of estra­di­ol and prog­es­terone, and an­tic­i­pate that we will sub­mit that NDA to the FDA as ear­ly as the third quar­ter of 2017.”

Nixed by the FDA, Ther­a­peu­tic­sMD is now plan­ning a long-shot bid to re­verse the de­ci­sion