Eye-ob­sessed No­var­tis, in a syn­di­cate with oth­er in­vestors, has backed a $20 mil­lion round for Swiss biotech Oculis. The hope is to see the com­pa­ny’s ex­per­i­men­tal eye drops even­tu­al­ly snag a chunk of the mar­ket that drugs like Eylea and Lu­cen­tis have failed to cap­ture. 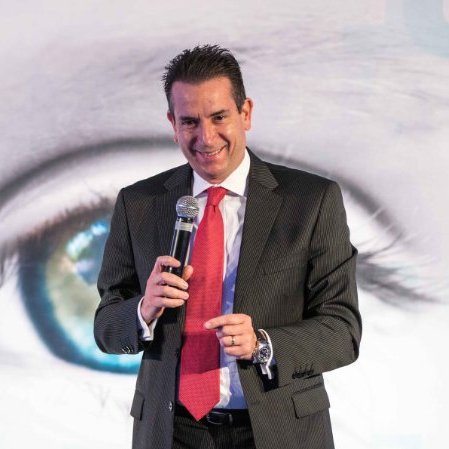 The 15-year-old com­pa­ny is work­ing on a top­i­cal ver­sion of the well-known steroid dex­am­etha­sone with the goal of de­liv­er­ing the drug via eye drops. The prod­uct can­di­date, which the com­pa­ny is call­ing OC-118, is be­ing de­vel­oped us­ing Oculis’ nov­el plat­form called “sol­u­bi­liz­ing nanopar­ti­cle” tech­nol­o­gy, or SNP. This tech­nol­o­gy, the com­pa­ny hopes, can boost the drug’s abil­i­ty to reach the front and the back of the eye — some­thing that pre­vi­ous drugs haven’t achieved un­less de­liv­ered via nee­dle to the eye.

Right now, there are four ap­proved drugs that can treat DME: Eylea, Lu­cen­tis, Ozur­dex, and Ilu­vien. To reach the back of the eye where the drug is need­ed, the meds have had to be for­mu­lat­ed as in­jecta­bles.

If OC-118 works, it would be the first eye drop prod­uct that pa­tients could take home and use to treat them­selves. And Sherif es­ti­mates that it could cap­ture 25-30% of the DME mar­ket.

“This is the holy grail if it works,” Sherif said. “It would mean a com­plete­ly new era of treat­ment, and it would be trans­for­ma­tive for eye care.”

The new cash from this round came from No­var­tis Ven­ture Fund, Bay City Cap­i­tal, and Piv­otal bioVen­ture Part­ners, along with ex­ist­ing in­vestors.

Sherif, who is still new in the CEO seat, came along with the fi­nanc­ing. He comes from No­var­tis Ven­ture Fund, where he was an en­tre­pre­neur-in-res­i­dence. But he tells me a No­var­tis-ap­point­ed CEO was not nec­es­sar­i­ly part of the deal.

“It was not an oblig­a­tion at all, it was more my­self be­ing re­al­ly ex­cit­ed about this tech­nol­o­gy, the med­ical need, and ex­cit­ed about what the team has been able to do,” said Sherif, who for­mer­ly served as an area pres­i­dent at glob­al eye care com­pa­ny Al­con. “It mo­ti­vat­ed me to move on to some­thing new.”

Oculis is re­lo­cat­ing its head­quar­ters from Ice­land to Switzer­land, al­though R&D will re­main in Ice­land.