Re­veal­ing in­ter­im topline re­sults from a Phase III study, BeiGene said the drug met its pri­ma­ry end­point of pro­gres­sion-free sur­vival in the first-line set­ting, com­bined with chemother­a­py. The drug topped chemother­a­py alone at a sta­tis­ti­cal­ly sig­nif­i­cant rate, BeiGene said, po­ten­tial­ly set­ting up a Chi­nese ap­proval in the in­di­ca­tion. 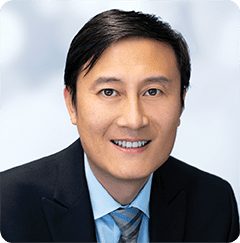 The lat­est Phase III ef­fort comes from a tri­al of 263 pa­tients in Asia, who were ran­dom­ized 1:1 in­to the drug or place­bo plus chemo arms. BeiGene did not re­lease any fig­ures or p-val­ues re­gard­ing the re­sults.

Fri­day’s re­sults are part of BeiGene’s con­tin­u­ing ef­fort to ex­pand the drug’s use in Chi­na, and NPC could prove to be a big one. Near­ly half of all glob­al NPC cas­es oc­cur in the coun­try, with high­er rates in south­ern Chi­na. Rough­ly 60,000 Chi­nese in­di­vid­u­als were di­ag­nosed with the dis­ease in 2018, BeiGene said.

But BeiGene is al­so ap­par­ent­ly ready to soon take the drug over­seas. Ear­li­er this year, No­var­tis plunked down $650 mil­lion in up­front cash to part­ner with the biotech, promis­ing up to $1.55 bil­lion in fu­ture mile­stones. For that price, No­var­tis won com­mer­cial and co-de­vel­op­ment rights to most ma­jor mar­kets out­side of Chi­na.

BeiGene’s NPC da­ta come from a swath of po­ten­tial reg­is­tra­tional tri­als: The biotech said it has launched or com­plet­ed 17 dif­fer­ent stud­ies for the check­point in­hibitor.