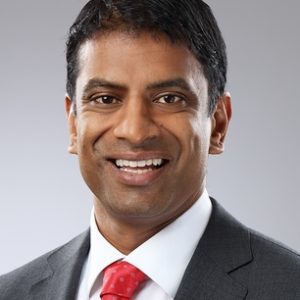 In a col­umn pub­lished in For­tune this week, Narasimhan ar­gues that phar­ma com­pa­nies need to be bet­ter at pre­ci­sion med­i­cine in this field: cat­e­go­riz­ing pa­tients, track­ing bio­mark­ers, and us­ing more re­al world da­ta. They can’t, how­ev­er, do it alone; reg­u­la­tors must adopt their poli­cies to rec­og­nize “sci­en­tif­i­cal­ly ro­bust sub­group da­ta” for that to work. Last­ly, he wrote, pay­ers could make it eas­i­er for pa­tients by im­ple­ment­ing val­ue-based re­im­burse­ment strate­gies. Giv­en the case No­var­tis has been pitch­ing for canakinum­ab, Narasimhan has a stake in push­ing for all this: “There’s been much dis­cus­sion on this top­ic, but the time to act is now.”

→ J&J $JNJ has re­ceived a $2.1 bil­lion bid from se­r­i­al buy­out in­vestor Plat­inum Eq­ui­ty, which wants to snatch up the phar­ma gi­ant’s di­a­betes care com­pa­ny LifeS­can. A ma­jor mak­er of blood glu­cose mon­i­tor­ing prod­ucts, LifeS­can brought in $1.5 bil­lion in rev­enue for J&J in 2017. If Plat­inum takes over the op­er­a­tions, the com­pa­ny’s pres­i­dent Va­lerie As­bury would con­tin­ue lead­ing the busi­ness un­der new own­er­ship, Plat­inum said in a state­ment. Last year, J&J said it was eval­u­at­ing op­tions for its di­a­betes care com­pa­nies — specif­i­cal­ly LifeS­can, An­i­mas Corp, and Cal­i­bra Med­ical — as sales have been falling since 2012. J&J has un­til June to ac­cept Plat­inum’s of­fer.

With con­tri­bu­tion by John Car­roll.