No­var­tis just boast­ed of a big PhI­II PI3K suc­cess, but here’s why we should hold our ap­plause — for now

Just a few weeks af­ter No­var­tis $NVS punt­ed a po­ten­tial­ly dan­ger­ous PI3K drug out of its pipeline to a drug de­vel­op­er in Chi­na, the phar­ma gi­ant has come back with a pos­i­tive set of Phase III pro­gres­sion-free sur­vival da­ta on an­oth­er con­tender in this dicey can­cer drug field. And now No­var­tis says it will start knock­ing on reg­u­la­to­ry doors as it be­gins the ap­proval process. 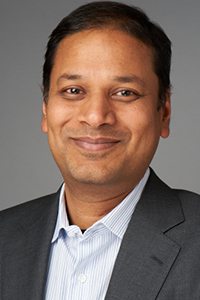 Ad­verse events were “con­sis­tent” with oth­er stud­ies of this drug.

We won’t see the da­ta un­til a lat­er con­fer­ence, but some an­a­lysts are al­ready as­sign­ing block­buster sales fore­casts for the drug.

But let’s step back for a sec­ond. We’ve seen plen­ty of bull­ish fore­casts for ex­per­i­men­tal PI3K drugs, and the harsh re­al­i­ty has nev­er lived up to the hype.

As a field, PI3K re­search has been more of a dis­as­ter zone than block­buster pro­duc­er.

Roche dumped taselis­ib at the end of a dis­ap­point­ing Phase III, af­ter pos­i­tive but weak PFS da­ta failed to over­come a chancy risk pro­file. The Roche set­back un­der­scored the weak dura­bil­i­ty of the PI3K class that has tem­pered en­thu­si­asm in re­cent years.

Then there’s bu­parlis­ib, an­oth­er No­var­tis pro­gram. The phar­ma gi­ant dis­patched the drug to Ad­lai Nortye in an out­li­cens­ing deal in June, but on­ly af­ter re­searchers raised a red safe­ty flag warn­ing to the com­pa­ny that the safe­ty pro­file is so trou­bling that it doesn’t “sup­port its fur­ther de­vel­op­ment” in breast can­cer.

Now not­ed can­cer re­searcher Sid­dhartha Mukher­jee is be­gin­ning a hu­man study to de­ter­mine if a ke­to­genic di­et can close an in­sulin feed­back loop that de­feats these drugs’ abil­i­ty to fight can­cer.

So while the head­line ma­te­r­i­al looks good, the re­al sto­ry about this drug’s fu­ture will lie in the de­tails, which we don’t have yet. No­var­tis is off to a good start, but the third act of this R&D epic is still in front of us.

No­var­tis just boast­ed of a big PhI­II PI3K suc­cess, but here’s why we should hold our ap­plause — for now