Cel­lec­tis $CLLS has been busy since Al­lo­gene Ther­a­peu­tics launched in April with a Pfiz­er deal that made them overnight part­ners, rais­ing $164 mil­lion to hus­tle its off-the-shelf CAR-T ther­a­pies along the clin­ic. And it’s now hired a No­var­tis vet­er­an to bol­ster that ac­cel­er­at­ed time­line. 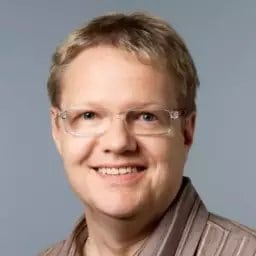 This will be Scher­er’s sec­ond time around the C-suite as he joins the mi­gra­tion of Big Phar­ma re­search lead­ers in­to biotech. Be­fore join­ing No­var­tis — even­tu­al­ly mov­ing up to head of ear­ly de­vel­op­ment, strat­e­gy and in­no­va­tion for US on­col­o­gy — he had a stint as CMO at Swiss di­ag­nos­tics com­pa­ny Bio­car­tis. He worked on can­cer bio­mark­ers for Roche pri­or to that.

Cel­lec­tis CEO An­dré Chouli­ka pre­vi­ous­ly told End­points News he thinks that the col­lab­o­ra­tion be­tween that team and his com­pa­ny’s know-how on gene edit­ing will give them a shot at com­mer­cial­iza­tion work in late 2021 or ’22. In a press re­lease, he in­di­cat­ed that Scher­er will like­ly play a key role in that part­ner­ship:

Cel­lec­tis is al­so de­vel­op­ing UCART123, which got back on track with a Phase I tri­al af­ter get­ting hit by a clin­i­cal halt months ago.