No­var­tis wants to be a leader in a new gen­er­a­tion of pre­scrip­tion dig­i­tal med pro­grams, pairs with Pear 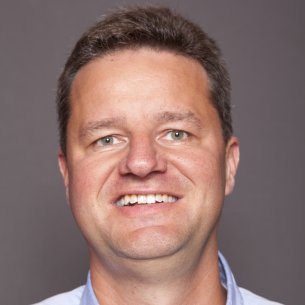 You may re­call that Pear broke new ground a few months ago by gain­ing an FDA ap­proval for an app de­signed to help pa­tients with sub­stance abuse dis­or­der. Now the Boston/Bay Area-based biotech will work with Joris van Dam, the ex­ec­u­tive di­rec­tor for dig­i­tal ther­a­peu­tics at the No­var­tis In­sti­tutes for Bio­Med­ical Re­search, on in­ter­ac­tive dig­i­tal pro­grams for schiz­o­phre­nia and mul­ti­ple scle­ro­sis.

Get­ting a heavy­weight play­er in the bio­phar­ma in­dus­try to col­lab­o­rate with 5-year-old Pear is a big plus for dig­i­tal med­i­cine, where cog­ni­tive be­hav­ioral pro­grams are be­ing de­vel­oped to help pa­tients with chron­ic dis­or­ders. And the FDA is play­ing a key as­sist in the field, with new guide­lines in the works on how these pro­grams can prove them­selves to of­fer proof of ef­fi­ca­cy and safe­ty.

These aren’t the av­er­age kind of apps you may be fa­mil­iar with on your phone.

“These are ther­a­peu­tic treat­ments pre­scribed by doc­tors and used by pa­tients,” says van Dam. “You should treat it like a drug ther­a­py, ex­cept it’s be­ing pre­scribed and ful­filled by the cloud and not by the phar­ma­cy.”

No­var­tis and Pear are plan­ning on set­ting up clin­i­cal tri­als that can, for ex­am­ple, test how these in­ter­ac­tive pro­grams work on con­trol­ling the pos­i­tive and neg­a­tive symp­toms as­so­ci­at­ed with schiz­o­phre­nia — in­clud­ing how you re­spond to hear­ing voic­es.

an Dam, you can run through a 15-minute pro­gram at your con­ve­nience, with­out jour­ney­ing to a ses­sion. And they’ll have clin­i­cians gath­er the da­ta need­ed to meet the re­quired end­points, stan­dards which are cur­rent­ly un­der re­view in a pi­lot pro­gram that in­cludes Pear.

So how long will this process take?

Van Dam says that’s un­cer­tain, but he feels that there’s a lot of po­ten­tial for a full slate of these dig­i­tal meds.

No­var­tis wants to be a leader in a new gen­er­a­tion of pre­scrip­tion dig­i­tal med pro­grams, pairs with Pear