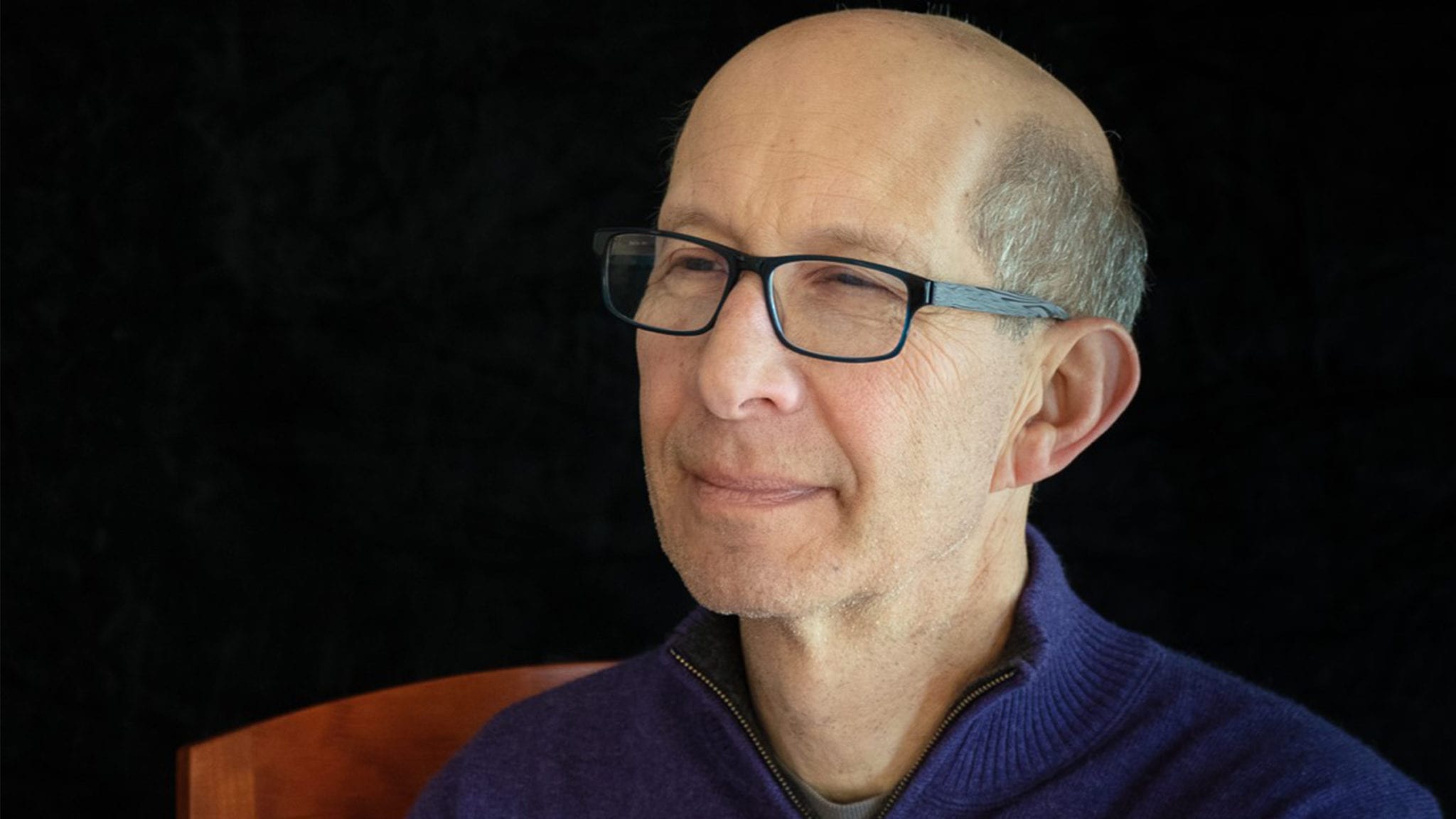 “I was think­ing long and hard on how can I, as a Boston in­sid­er, help No­vo re­al­ly get in­side the ecosys­tem of Boston biotech?” he re­called in an in­ter­view with End­points News. 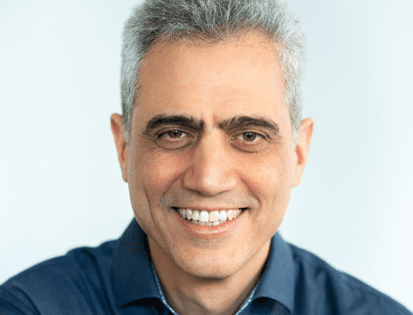 Adel­man found the an­swer while found­ing an­oth­er start­up, Verve Ther­a­peu­tics, with gene edit­ing tech out-li­censed from the Broad In­sti­tute. Catch­ing up with Broad chief busi­ness of­fi­cer Is­si Rozen, he re­al­ized that there was a press­ing need for fund­ing aca­d­e­m­ic projects that were too ad­vanced for NIH grants but not yet ma­ture enough for bio­phar­ma com­pa­nies to bet on.

“If you asked peo­ple 8 to 10 years ago what is an ide­al can­di­date to start talk­ing about ei­ther a ther­a­peu­tic dis­cov­ery to out-li­cense or start a com­pa­ny around, they would say 12 to 18 months from the clin­ic,” Rozen told End­points News. “Here we’re talk­ing about years be­fore the clin­ic. We’re re­al­ly shift­ing back.” 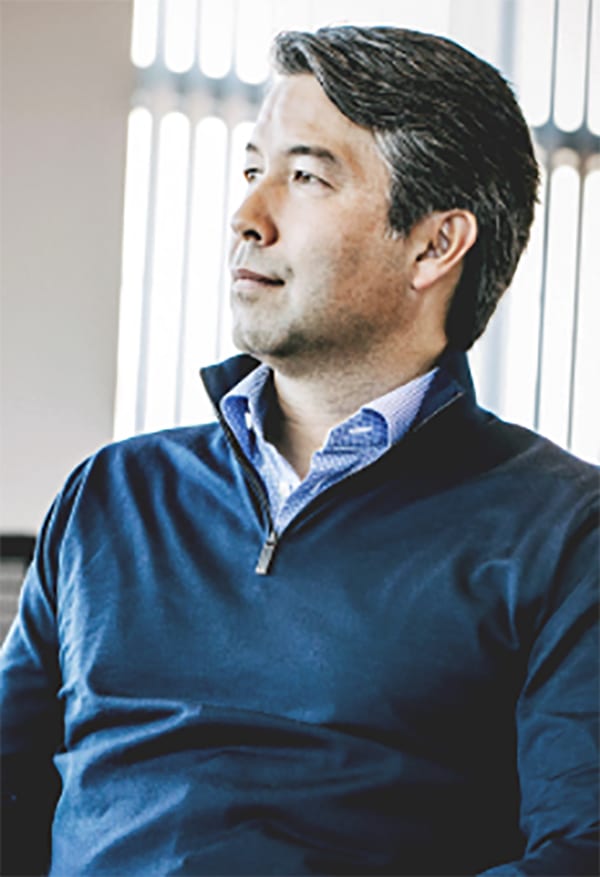 No­vo is chip­ping in $25 mil­lion to be­come a part­ner on that front over the next five years. All 4,000 of the in­ves­ti­ga­tors af­fil­i­at­ed with the Broad can ap­ply to the ac­cel­er­a­tor, dubbed No­vo Broad Green­house, for around $500,000 to test their ideas with­in a year and a half. If they pass the seed stage, No­vo will fund the projects fur­ther through a sprout stage un­til they are ready to bloom — ei­ther through a biotech spin­off or phar­ma out-li­cens­ing.

“The Broad Green­house was re­al­ly a way to help us start at that ear­li­est point in that cy­cle,” said Scott Beard­s­ley, man­ag­ing part­ner at No­vo Ven­tures about their vi­sion to be the “cra­dle of great life sci­ences.” 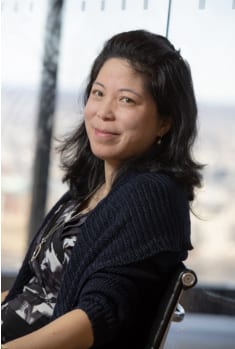 One ex­am­ple would be the work be­ing done by Dana-Far­ber re­searchers Kent Mouw and Eli Van Allen, one of five projects al­ready en­rolled in the Green­house. In their study of “ex­cep­tion­al re­spon­ders,” on­col­o­gists iden­ti­fied a cer­tain ge­net­ic mu­ta­tion that ap­peared to break a pro­tein and in­ter­fered with DNA re­pair. Pa­tients with that mu­ta­tion were al­so hy­per-re­cep­tive to plat­inum-based chemother­a­py. But they weren’t quite sure why — and they didn’t have the mon­ey to find out.

“Try­ing to come up with a sen­si­tiz­er to an old-fash­ioned chemother­a­py isn’t the most tra­di­tion­al­ly ob­vi­ous thing to do. And it’s pret­ty high-risk,” said Van Allen in a blog post.

With mon­ey from No­vo and sup­port from CDoT, their team will now screen small mol­e­cules in hopes of find­ing one that mim­ics the ef­fects of the bro­ken gene.

The Broad’s es­tab­lished re­la­tion­ship co­or­di­na­tion has saved every­one lots of pa­per­work, Adel­man said. And terms are al­ready in place for when No­vo wants to take an idea to the com­pa­ny cre­ation stage.

“We are not rip­ping the ba­by from the ma­ma,” he said. “We are ac­tu­al­ly cre­at­ing an en­vi­ron­ment where the sci­en­tists who have dis­cov­ered these ideas are in­ti­mate­ly in­volved go­ing for­ward in the process of ad­vanc­ing the idea to the ex­tent that even some of the fund­ing goes di­rect­ly back in their labs.”

That could mean a lot for the sci­en­tif­ic com­mu­ni­ty at large, Rozen added.

“Here we have very much in­creased ca­pac­i­ty to pros­e­cute ini­tial projects at a very large scale,” he said. “This is sig­nif­i­cant for fac­ul­ty to have this op­por­tu­ni­ty to ad­vance this sci­ence.”

“Each generation needs a new music,” Francis Crick wrote in 1988, reflecting back on his landmark discovery. Crick was 35, then, in 1953, when he began working with a 23-year-old named James Watson, and 37 when the pair unveiled the double helix. Rosalind Franklin, whose diffraction work undergirded their metal model, was 32.

The model would become the score for a new era in biology, one devoted to cracking the basic structures turning inside life. Subsequent years would bring new conductors and new rhythms: Robert Swanson, 29 when he convinced a 39-year-old Herb Boyer to build a company off his work and call it Genentech; Phillip Sharp, 29 when he discovered RNA splicing and 34 when he co-founded Biogen; Frances Arnold, 36 when she pioneered directed evolution; Feng Zhang, 31 when he published his CRISPR paper.

It turns out that even sending everyone from the CEO to rank-and-file staffers home to work in the middle of a Category 5 pandemic wasn’t enough to put a crimp in the flow of venture cash into biopharma. And even dealmaking held its own against the howling winds of misfortune — largely because a group of savvy players was quick to adjust to the new reality.

Our deal expert Chris Dokomajilar ran the numbers for us on a month-to-month basis and found that not only was venture money flowing during the panicky month of March, but it was also hitting home in record sums compared to the last 26 months of deal flow.

As you can see in the top chart below, Dokomajilar outlined how the industry racked up $2.41 billion in total for March, just barely ahead of one other topper during the heady days of August 2018.

A few days ago the FDA touted a procedure for Covid-19 meds that committed the agency to immediate action for developers, formalizing a high-speed response that’s been promised for weeks.

Decisions that once required months would be measured in hours under the Coronavirus Treatment Acceleration Program. “In many cases” trial protocols could be hammered out in less than a single day. If you had a potential solution to the crisis, the appropriate staffer would be in touch “to get studies underway quickly.”

It would be the ultimate high-speed regulatory pathway from Phase I to approval. Red tape was banished.

But it’s clear that for some — and quite likely many — biopharma execs, the actual agency response has not measured up to the promise. Beyond the front ranks of advanced companies in the field, like Gilead, or for drugs endorsed by President Trump, it may not even come close.

“The first response is this form letter everyone gets,” says one biotech CEO who’s reached out to the FDA on Covid-19. And when you try to cut through that, the ball gets dropped as it is passed from top officials to the frontline staff actually charged with getting things done.

GlaxoSmithKline is diving straight into the swirling waters of Covid-19 R&D work, and investing $250 million to grab a chunk of equity in one of the emerging stars in infectious disease research to make it official.

GSK put out word this morning that it is partnering with Vir Biotechnology $VIR, the infectious disease startup founded in the Bay Area by former Biogen CEO George Scangos. They’re planning a leap into Phase II studies for 2 preclinical antibody candidates — VIR-7831 and VIR-7832 — that have been engineered to target the SARS-CoV-2 spike protein.

More than a year ago, hit by a surprise complete response letter from the FDA, Immunomedics bid its then-CEO, Michael Pehl, adieu and began a 15-month quest to resolve the manufacturing issues cited in the CRL and seek a new leader — all the while moving forward with a Phase III study on its lead drug for metastatic triple-negative breast cancer.

Today the biotech said their stars are finally aligning. Not only is Novartis Oncology vet Harout Semerjian coming on board as CEO to steer what they believe will be a smooth sail to a new PDUFA date in June, Immunomedics has also been informed that their late-stage trial can be stopped early due to “compelling evidence of efficacy.”

The company swallowed Seattle-based Just Biotherapeutics, a company focused on reducing the cost of manufacturing protein therapies last year. It is now setting up a dedicated R&D site for gene therapies in Austria, in an effort to achieve a “modality-agnostic” repertoire — small molecules, biologics and now gene therapies.

Four months after an intercontinental merger, Menlo Therapeutics is counting yet another pair of trial failures — ones with significant consequences for the companies, their shareholders and the drug.

In two pivotal Phase III trials, Menlo’s lead drug serlopitant failed to treat pruritus associated with prurigo nodularis — basically itchiness from a particular skin disease that causes red lesions on a person’s arms or legs. Serlopitant has long been the company’s only drug and as recently as 2018, it looked promising enough to support a stock price of $37. In April of that year, a Phase II failure demolished the stock price overnight: $35 to $9. Other subsequent stumbles trickled the ticker down to just above $2.