→ Hours be­fore the first fed­er­al opi­oid tri­al was set to be­gin, three drug dis­trib­u­tors and an opi­oid man­u­fac­tur­er agreed to a $260 mil­lion agree­ment set­tle­ment, the Wall Street Jour­nal was the first to re­port. The deal — which will see McKesson, Car­di­nal Health and Amerisource­Ber­gen pay $215 mil­lion to Sum­mit and Cuya­hoga coun­ties, and Te­va deal out $35 mil­lion in cash and ad­dic­tion treat­ments — does not re­solve the pend­ing, na­tion­wide lit­i­ga­tion that may re­sult in a set­tle­ment worth up­wards of $40 bil­lion. Ne­go­tia­tors in that case, brought by 2,300 tribes, coun­ties and cities na­tion­wide and led by sev­er­al states’ at­tor­neys gen­er­al, worked through much of Fri­day with­out suc­cess. Josh Stein, the at­tor­ney gen­er­al for North Car­oli­na, said they were try­ing to put to­geth­er a $48 bil­lion deal.

→ Oys­ter Point Phar­ma has an­nounced the terms for its IPO, which will help ad­vance a nasal spray for­mu­la­tion for dry eye dis­ease. The Prince­ton, NJ-based com­pa­ny is plan­ning to of­fer 5 mil­lion shares at a price range of $16 to $18 to raise $85 mil­lion. At the mid­point of the pro­posed range, it would com­mand a ful­ly di­lut­ed mar­ket val­ue of $385 mil­lion. The joint bookrun­ners of the deal are JP Mor­gan, Cowen and Piper Jaf­fray. The biotech plans to list un­der the sym­bol $OYST and is ex­pect­ed to price on Wednes­day. 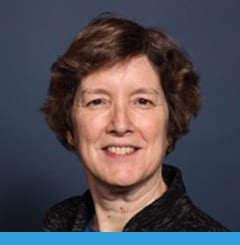 → Bar­bara Fox will be the next CEO of im­munome­tab­o­lism start­up Rheos Med­i­cine. Fox served at the helm of Ti­los Ther­a­peu­tics, the an­ti-LAP an­ti­body com­pa­ny that scored a $773 mil­lion deal with Mer­ck. Rheos — which emerged from stealth mode in 2018 with $60 mil­lion in fund­ing — aims to use re­search on cells’ me­tab­o­lism to de­vel­op ther­a­pies for au­toim­mune dis­or­ders. The com­pa­ny has been with­out a per­ma­nent CEO since San­jay Keswani, a for­mer top Roche sci­en­tist, left in June, af­ter less than one year at the helm.

The company, initially called Tokai Pharmaceuticals but subsequently changed its name to Novus Therapeutics in 2017, saw its shares more than halve on Monday after the drug — OP0201— did not pass muster as an adjunct therapy to oral antibiotics in infants and children aged 6 to 24 months with acute otitis media (OM).