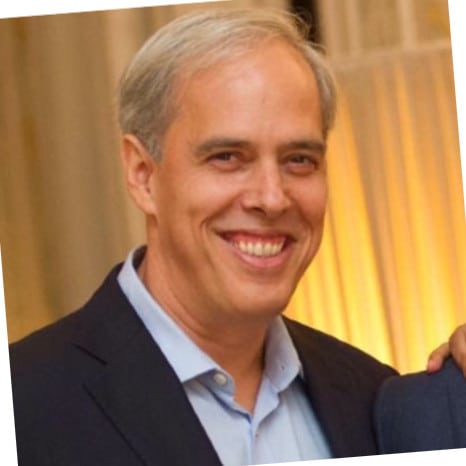 The Penn­syl­va­nia-based biotech an­nounced a $20 mil­lion Se­ries B on Fri­day, which will fund a 10-per­son Phase III tri­al of its va­so­pressin V2 re­cep­tor ag­o­nist, lix­i­vap­tan. CEO Alex Mar­tin ex­pects to read out da­ta in the first half of next year, then launch straight in­to a larg­er piv­otal Phase III study with about 1,200 par­tic­i­pants.

“The on­ly ap­proved treat­ment right now for pa­tients with ADP­KD is tolvap­tan, and that is as­so­ci­at­ed with sig­nif­i­cant liv­er tox­i­c­i­ty. So if you had a drug that… had the same ef­fi­ca­cy as tolvap­tan, but didn’t have sig­nif­i­cant liv­er tox­i­c­i­ty, that would be a safer and bet­ter al­ter­na­tive for pa­tients,” Mar­tin said. In 2013 the FDA up­dat­ed the drug la­bel on Sam­sca to lim­it its use for a max­i­mum of 30 days be­cause of se­ri­ous liv­er in­jury po­ten­tial.

Four­teen months lat­er, the pa­tient was “ab­solute­ly spot­less,” Mar­tin said. “No prob­lems at all with her liv­er.” Now the ques­tion is — can this anec­do­tal re­sult play out in a clin­i­cal tri­al?

In a Phase II study, dubbed ELiSA, pa­tients treat­ed with lix­i­vap­tan showed a mean urine os­mo­lal­i­ty (Uosm) de­cline of 80% in the hours af­ter their first dose. And all pa­tients with Stage 2 and 3 chron­ic kid­ney dis­ease main­tained a Uosm be­low 300 mOsm/kg over 24 hours, ac­cord­ing to the re­sults. One tolvap­tan study showed that the drug achieved a Uosm be­low 300 mOsm/kg in 81% of pa­tients.

“If you take lix­i­vap­tan for many years, you could the­o­ret­i­cal­ly de­lay your pro­gres­sion to dial­y­sis for 5 to 10 years, or even push it off al­to­geth­er so that you wouldn’t need it,” Mar­tin said.

The Se­ries B haul will fund the en­tire first Phase III tri­al, called ALERT, which will as­sess safe­ty. Mar­tin said he ex­pects to be­gin dos­ing ADP­KD pa­tients for that study in Q4 of this year. The sec­ond, larg­er study will like­ly be a three-year-tri­al, he said.

The fi­nanc­ing round was led by new in­vestor Sam­sara Bio­Cap­i­tal. Pre­vi­ous in­vestors Medicxi and Os­age Uni­ver­si­ty Part­ners jumped in, as well as an­oth­er new in­vestor, the RocheVen­ture Fund.

Shortly after Sirnaomics brought in a $47 million Series C for its small interfering RNA pipeline last year, Patrick Lu — the founder, president and CEO — was asked to outline the scientific advances that will be necessary to make better drugs out of RNA tech.

“The next step in the evolution of RNAi as a leading therapeutic will be the ability to safely target organs outside the liver such as lung, brain, etc,” he had offered. “This will revolutionize disease treatments if the industry can demonstrate similar data sets for non-liver targets as we have seen in liver-based diseases.”