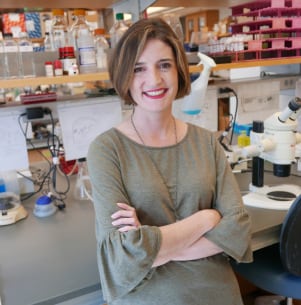 A team of re­searchers at the Uni­ver­si­ty of Penn­syl­va­nia are try­ing to an­swer that ques­tion, hav­ing found that aside from stop­ping tu­mor cells from re­pair­ing dam­aged DNA, PARP in­hibitors can al­so re­duce the amount of a harm­ful struc­ture that’s as­so­ci­at­ed with amy­otroph­ic lat­er­al scle­ro­sis — known as ALS or Lou Gehrig’s dis­ease — and some forms of fron­totem­po­ral de­gen­er­a­tion (FTD).

The key here, ac­cord­ing to their pa­per in Mol­e­c­u­lar Cell, is the in­ter­ac­tion be­tween the PAR mol­e­cule and a pro­tein dubbed TDP-43. When TDP-43 is out of place, it some­times binds with PAR, even­tu­al­ly form­ing a harm­ful struc­ture called stress gran­ules.

This pre­lim­i­nary sci­en­tif­ic find­ing could well af­fect all of them.