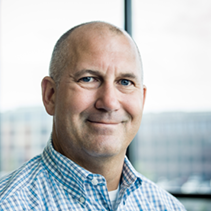 Pfiz­er has signed on to fund the launch of a hunt for a slate of small mol­e­cules that can de­grade pro­teins, a key ther­a­peu­tic path­way that’s been play­ing a role in prostate can­cer and oth­er ar­eas.

Like a lot of Pfiz­er $PFE pacts, the news comes with on­ly a few snip­pets of in­for­ma­tion. We don’t know the up­front, but the over­all pack­et of mile­stones adds up to a whop­ping $830 mil­lion for un­bri­dled suc­cess. To­tal num­ber of pro­grams in­volved? No idea. Dis­ease fo­cus­es? Uh-uh.

While the de­tails are few and far be­tween, CFO Sean Cas­sidy tells me that the re­la­tion­ship is a big plus for the biotech, help­ing them as­sert boast­ing rights as the leader in a field that al­so in­cludes C4 Ther­a­peu­tics — out of Jay Brad­ner’s lab at Dana Far­ber be­fore he took the helm at NI­BR — and the start­up Kymera. And not sur­pris­ing­ly, Brad­ner re­cent­ly forged a close re­la­tion­ship with UC San Fran­cis­co on pro­tein degra­da­tion as well.

Arv­inas has been work­ing on its own in­ter­nal pipeline while work­ing with its col­lab­o­ra­tors. One of these projects in­cludes a fo­cus on tau for Alzheimer’s, one of the tox­ic con­cen­tra­tions of­ten fin­gered as a cul­prit in the dis­ease.