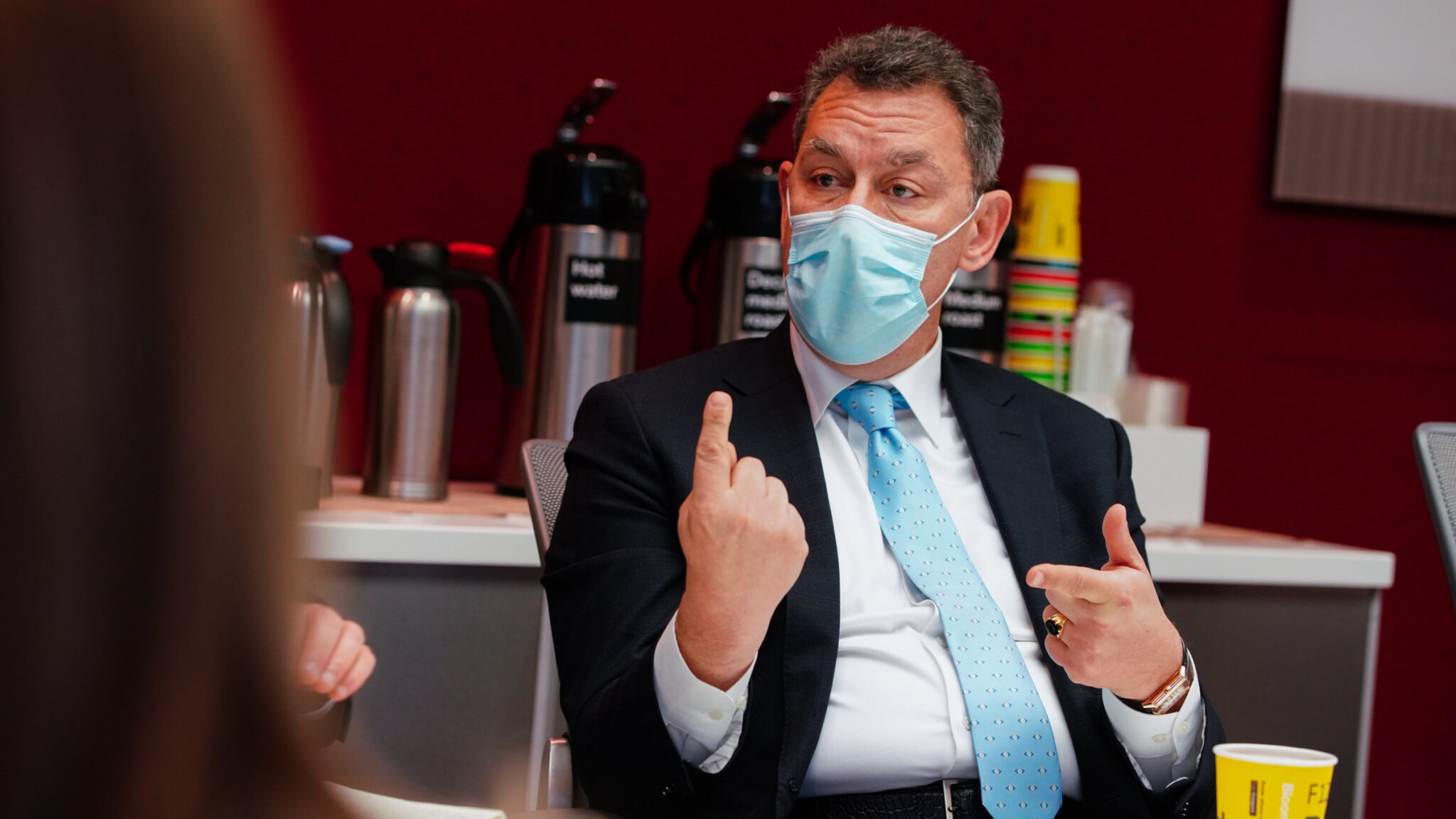 Pfiz­er will not make fu­ture in­vest­ments in Rus­sia but stops short of sev­er­ing all busi­ness ties, Bourla says

While many cor­po­ra­tions have end­ed their ties to Rus­sia as it con­tin­ues to wage war on Ukraine, Big Phar­ma has been large­ly ab­sent from its ranks. That changed — slight­ly — on Wednes­day with a new de­c­la­ra­tion from Pfiz­er CEO Al­bert Bourla.

“How can you say I’m not go­ing to send the can­cer med­i­cines to Rus­sians be­cause of what they did?” Bourla told Face the Na­tion’s Mar­garet Bren­nan.

The im­pact of a full break would not af­fect Pfiz­er’s bot­tom line all that much, Bourla added, be­cause less than half of one per­cent of the com­pa­ny’s rev­enue comes from Rus­sia. Pfiz­er man­u­fac­tures some treat­ments in the coun­try but does not ex­port them.

As Rus­sia con­tin­ues its in­va­sion of Ukraine, com­mit­ting po­ten­tial war crimes in the process with the bomb­ings of res­i­den­tial ar­eas and a ma­ter­ni­ty hos­pi­tal, West­ern com­pa­nies have come un­der pres­sure to end their busi­ness re­la­tion­ships. The grow­ing cho­rus has come not on­ly from the White House and Con­gress but from in­di­vid­u­als as well.

Gold­man Sachs al­so be­came the first big Amer­i­can bank to say it would leave Rus­sia on Thurs­day, ac­cord­ing to a list com­piled by the New York Times.

“Our first pri­or­i­ty is to en­sure that med­i­cines reach the pa­tients that need them in Ukraine, in the neigh­bour­ing EU Mem­ber States, in Rus­sia and in oth­er coun­tries where ac­cess to med­i­cines may be neg­a­tive­ly im­pact­ed,” the group wrote in a state­ment.

Big Phar­ma hits pause on tri­als in Rus­sia, Ukraine as they ramp up hu­man­i­tar­i­an aid

Pfiz­er took a step fur­ther with Bourla’s com­ments on Wednes­day, and it re­mains to be seen whether oth­er Big Phar­ma com­pa­nies will join on.

Pfiz­er will not make fu­ture in­vest­ments in Rus­sia but stops short of sev­er­ing all busi­ness ties, Bourla says