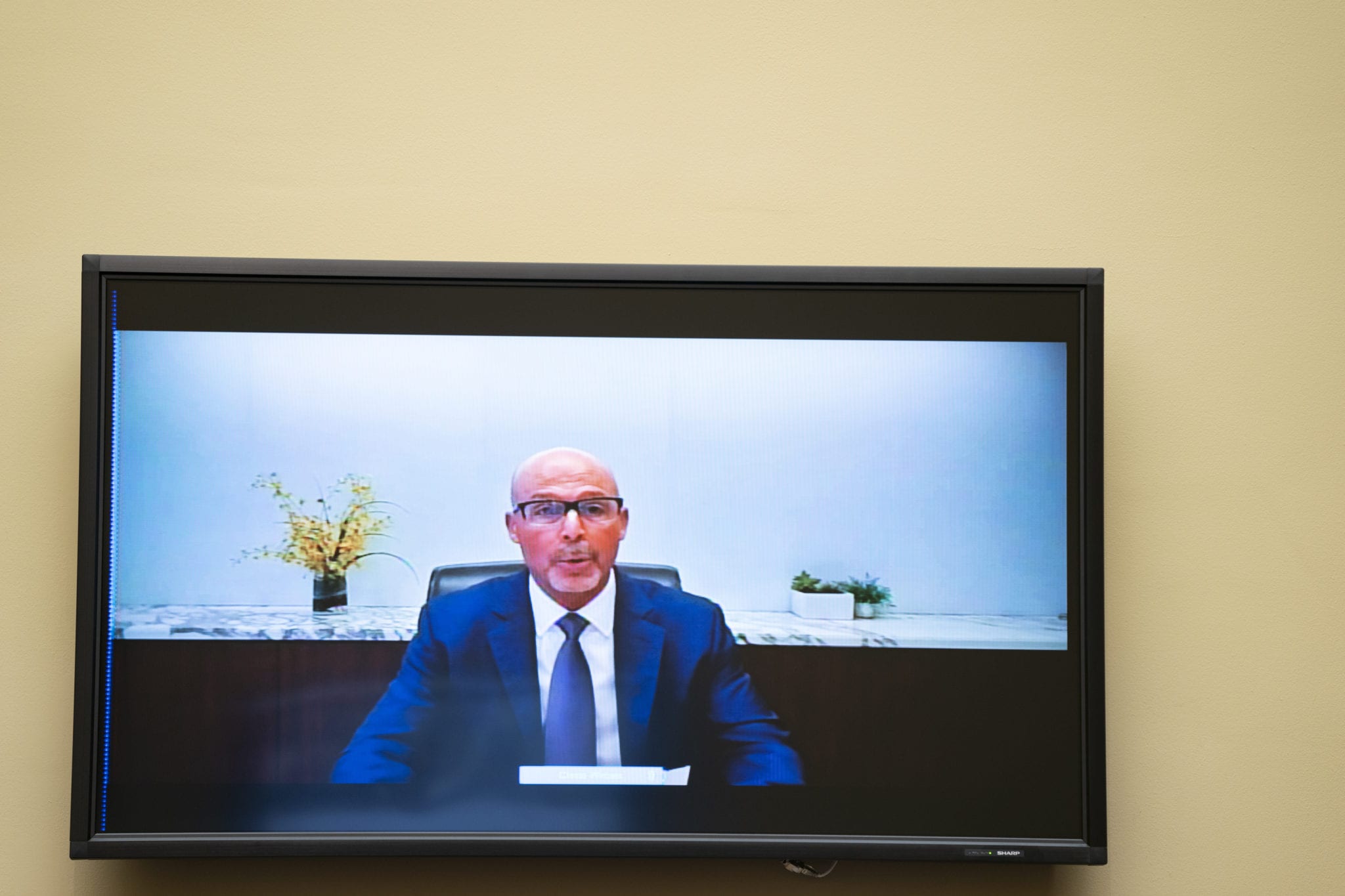 Mark Alles, former CEO of Celgene, testifies by video conference before the House Committee on Oversight and Reform on Wednesday (Pool via AP)
October 2, 2020 10:42 AM EDTUpdated 12:59 PM
Pharma

The House Over­sight Com­mit­tee held a pair of hear­ings this week on drug prices. And the De­moc­rats on the pan­el did not hold back.

“Mr. Alles emailed his team to en­sure that the price in­crease would go in­to ef­fect as quick­ly as pos­si­ble to have the max­i­mum im­pact on sales,” the re­port wrote. Alles lat­er said in an email, “Can we take the in­crease tonight so that it im­pacts sales be­gin­ning to­mor­row?”

On Thurs­day, the oth­er three com­pa­nies en­tered the ring and saw re­ports on their own busi­ness­es prac­tices re­leased. No­var­tis, like Te­va, was sin­gled out for its ap­par­ent open­ness to dis­cussing mid­dle­man con­tracts as a way to keep gener­ic com­pe­ti­tion at bay for Gleevec. The com­mit­tee al­so found that No­var­tis in­creased Gleevec’s price at a faster rate to­ward the end of their mar­ket ex­clu­siv­i­ty win­dow.

Mallinck­rodt faced ques­tions about the pric­ing tac­tics of its HP Ac­thar Gel and ac­qui­si­tion of Quest­cor, which owned the rights to the drug.