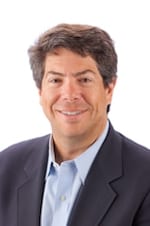 In­ves­ti­ga­tors tracked the change in IOP from base­line in 554 pa­tients in the study over sev­er­al months, tak­ing mea­sure­ments at nine time points: 8 am, 10 am and 4 pm on one day at 2, 6 and 12 weeks fol­low­ing in­ser­tion. The first six ses­sions, the com­pa­ny says, were just fine — record­ing sta­tis­ti­cal­ly sig­nif­i­cant re­duc­tions of IOP with p-val­ues as low as 0.001 — but the sev­enth threw them off.

In fact, as they lay out in a ta­ble, that’s the on­ly time point where OTX-TP did not achieve a sta­tis­ti­cal­ly sig­nif­i­cant re­duc­tion of IOP com­pared to place­bo.

“We are en­cour­aged by the re­sults of this tri­al which shows OTX-TP’s abil­i­ty to low­er IOP out to 12 weeks with a sin­gle in­sert us­ing this nov­el dosage form,” said chief med­ical of­fi­cer Michael Gold­stein, adding that his team will now take the da­ta to the FDA to de­ter­mine next steps.

Oc­u­lar’s re­la­tion­ship with the FDA, though, has not al­ways been smooth. Its first drug/de­vice eye treat­ment, Dex­ten­za, was re­ject­ed twice be­fore nab­bing an ap­proval, forc­ing a re­struc­tur­ing that claimed a fifth of its staff. The com­pa­ny fi­nal­ly man­aged to sort out the man­u­fac­tur­ing is­sue and be­gan mar­ket­ing the ther­a­py for post-sur­gi­cal pain late last year.