Re­gen­eron $REGN is wast­ing no time in push­ing ahead with what it hopes is their first piv­otal study for the lat­est in what is be­com­ing a long line of PD-1 check­point drugs. In its earn­ings re­lease this morn­ing the big biotech says that it is re­cruit­ing pa­tients for a po­ten­tial reg­is­tra­tion Phase II study on ad­vanced cu­ta­neous squa­mous cell car­ci­no­ma. 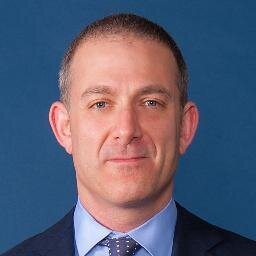 ISI an­a­lyst Mark Schoenebaum added in a note this morn­ing that he’s keep­ing a close eye on their Phase II for non-small cell lung can­cer, which al­so launch­es this year.

Sanofi $SNY com­mit­ted back in 2015 to pay half of the $650 mil­lion de­vel­op­ment tab on REGN2810, part of a $1.8 bil­lion pack­age for a slate of im­muno-on­col­o­gy drugs — in­clud­ing mon­o­clon­al an­ti­bod­ies as well as bis­pecifics — that the two are now part­nered on. Sanofi’s own ef­forts in can­cer R&D stum­bled bad­ly, forc­ing a re­or­ga­ni­za­tion of its R&D ef­forts in one of many signs that the phar­ma gi­ant can’t seem to find its own path on drug de­vel­op­ment.

An­a­lysts see lit­tle to dis­tin­guish this PD-1 from the rest of the check­point field. But the next step in I/O in­volves a slew of com­bi­na­tion ther­a­pies that will look to change the land­scape on front­line ther­a­pies. Mer­ck and Bris­tol-My­ers Squibb got out in the mar­ket first, fol­lowed by Roche’s PD-L1 drug ate­zolizum­ab. Now As­traZeneca is fer­vent­ly pray­ing for a piv­otal suc­cess on dur­val­um­ab/treme­li­mum­ab — a cru­cial pro­gram for this phar­ma gi­ant — while Pfiz­er and Mer­ck KGaA close in on their own pro­gram.

Re­gen­eron scored a key court vic­to­ry yes­ter­day when the US Court of Ap­peals ruled in its fa­vor on Pralu­ent, stay­ing a de­ci­sion in Jan­u­ary that the PC­SK9 cho­les­terol drug should be jerked from the mar­ket due to the patent vi­o­la­tions seen with ri­val Repatha. Re­gen­eron and Sanofi al­so say that they’re ready to re­file sar­ilum­ab af­ter Sanofi’s Le Trait fa­cil­i­ty gets a clean bill of health. And they’re look­ing for a po­ten­tial megablock­buster ad­vance with a de­ci­sion look­ing on dupilum­ab. Oth­er late-stage mile­stones in­clude a Phase III for REGN2222 (an RSV-F An­ti­body) and a late-stage test for fas­inum­ab, an NGF an­ti­body for pain.