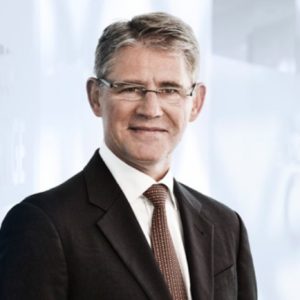 No­vo Nordisk CEO Lars Re­bi­en Sørensen wasn’t your typ­i­cal phar­ma CEO. Con­fi­dent in his com­pa­ny’s abil­i­ties, he al­so wasn’t too thin skinned about po­ten­tial mar­ket threats. He told me back in 2014 that he thought Eli Lil­ly’s du­laglu­tide was “a good prod­uct,” even as he braced for a mar­ket show­down. Now af­ter 16 years at the helm Sørensen says he’s leav­ing No­vo Nordisk, ahead of sched­ule. The com­pa­ny has been feel­ing the heat from an in­tense­ly com­pet­i­tive field, where each new ad­vance is greet­ed with head-on ri­vals from a group of key play­ers that in­cludes Sanofi and Lil­ly. His re­place­ment will be EVP and chief of cor­po­rate de­vel­op­ment Lars Fruer­gaard Jo­er­gensen. And don’t look for any dra­mat­ic changes from the mar­ket leader in di­a­betes. “You should not ex­pect mas­sive changes when I take over Jan. 1,” Jo­er­gensen told re­porters. “We have a ro­bust strat­e­gy, and the team to ex­e­cute on that strat­e­gy.”

Cy­to­ki­net­ics is mov­ing ome­cam­tiv mecar­bil — which is part­nered with Am­gen — in­to Phase III. The heart drug is a car­diac myosin ac­ti­va­tor, de­signed to en­hance car­diac func­tion. And as part of Am­gen’s col­lab­o­ra­tion with France’s Servi­er, the French com­pa­ny is pay­ing $10 mil­lion to Am­gen to grab cer­tain mar­ket­ing rights to the heart drug.