Fund­ing rounds in the Unit­ed States for the life sci­ences in­dus­try of­ten dwarf fi­nanc­ing in Eu­rope. Looks like rare dis­ease biotech San­i­fit is an anom­aly. On Wednes­day, the Span­ish drug de­vel­op­er un­veiled a near­ly $81 mil­lion boun­ty — Spain’s largest-ever pri­vate biotech fundraise — ahead of a piv­otal study for its lead ex­per­i­men­tal drug.

The dis­ease, es­ti­mat­ed to af­fect about 30,000 glob­al­ly, typ­i­cal­ly af­flicts those with chron­ic kid­ney dis­ease. Al­though treat­ments such as painkillers are used to man­age symp­toms, there are no drugs ap­proved to treat the eti­ol­o­gy of the dis­ease — which is what San­i­fit’s SNF472 is de­signed to do. 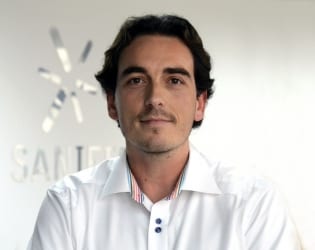 “When we have ad­di­tion­al da­ta avail­able, we will eval­u­ate our op­tions…be it pri­vate fi­nanc­ing or an IPO,”  San­i­fit co-founder and chief Joan Perel­ló told End­points News.

For now, the com­pa­ny has 20 em­ploy­ees — it is head­quar­tered in Pal­ma, Spain, where the in­tel­lec­tu­al prop­er­ty is housed and pre­clin­i­cal re­search and man­u­fac­tur­ing take place. It al­so has op­er­a­tions in San Diego, where a bulk of the clin­i­cal de­vel­op­ment is con­duct­ed.