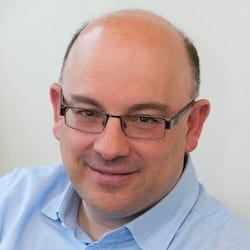 In a Phase I/II tri­al in­volv­ing 147 pa­tients — span­ning 6 dif­fer­ent can­cer types — who have be­come re­sis­tant to an av­er­age of three types of pri­or treat­ments, the ADC is found to yield re­spons­es in a “sig­nif­i­cant mi­nor­i­ty,” mean­ing their tu­mors ei­ther shrank or stopped grow­ing. The re­spons­es last­ed an av­er­age of 5.7 months, with the top of the range reach­ing 9.5 months, ac­cord­ing to the re­search team at The In­sti­tute of Can­cer Re­search, Lon­don, and The Roy­al Mars­den NHS Foun­da­tion Trust.

De­scribed as a “Tro­jan horse,” the ADC works by bind­ing to a re­cep­tor that’s abun­dant on the sur­face of can­cer cells called tis­sue fac­tor (the an­ti­body’s job) then re­leas­ing a cy­to­tox­ic pay­load (the drug part) to kill the can­cer cells from with­in.

In­ves­ti­ga­tors re­port­ed “good re­spons­es” and “man­age­able side ef­fects” for heav­i­ly pre-treat­ed pa­tients in the study — with the ex­cep­tion of prostate can­cer, where there were none.

“We have al­ready be­gun ad­di­tion­al tri­als of this new drug in dif­fer­ent tu­mour types and as a sec­ond-line treat­ment for cer­vi­cal can­cer, where re­sponse rates were par­tic­u­lar­ly high,” said pro­fes­sor Jo­hann de Bono, head of clin­i­cal stud­ies at ICR. “We are al­so de­vel­op­ing a test to pick out the pa­tients most like­ly to re­spond.”

Seat­tle Ge­net­ics and Gen­mab spon­sored the study, which was pub­lished to­day in The Lancet On­col­o­gy.