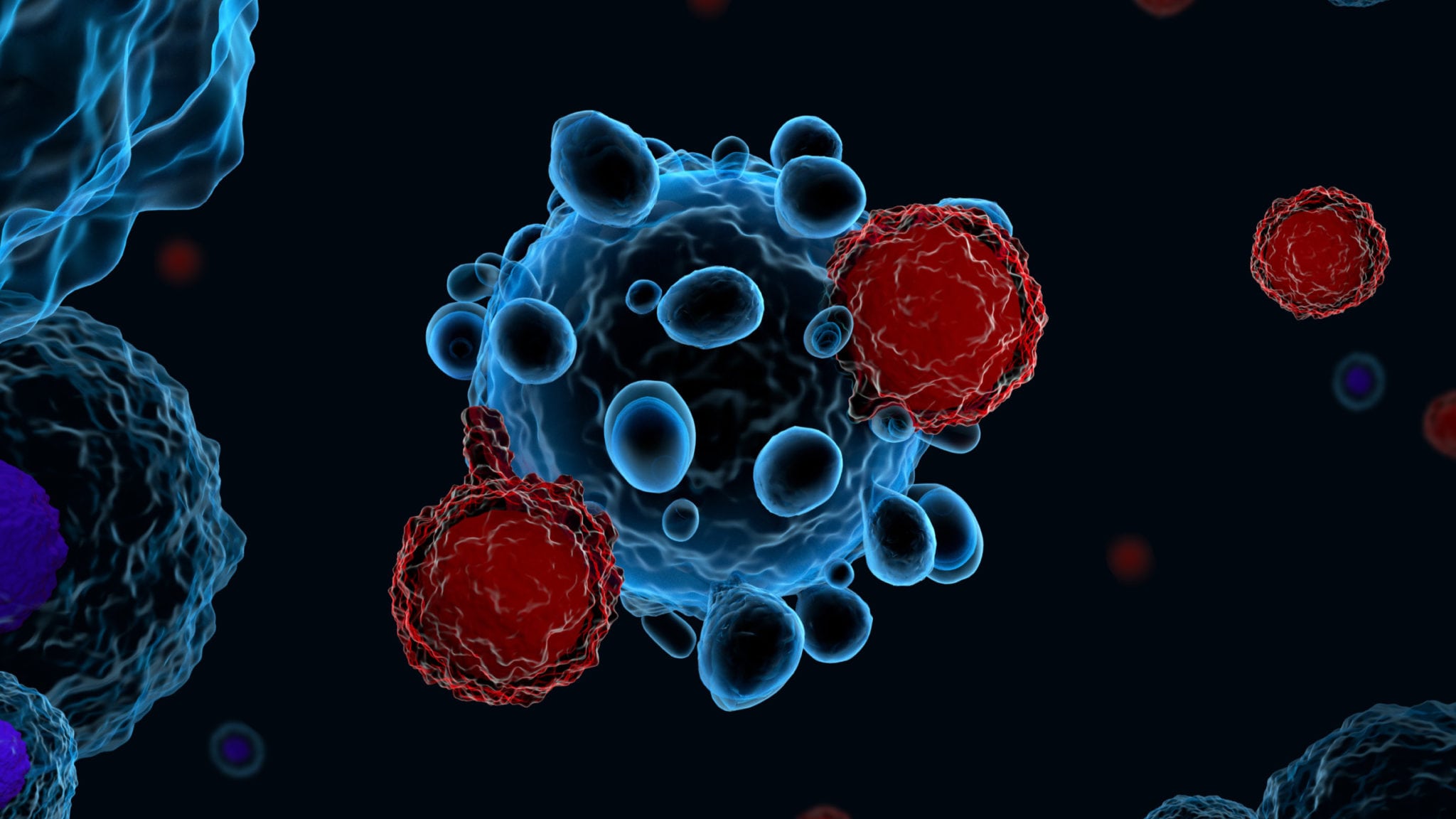 Re­sis­tant to CAR-T ther­a­pies? It's the can­cer, not your im­mune sys­tem — study

Safe­ty con­cerns and man­u­fac­tur­ing short­com­ings aside, ex­ist­ing CAR-T ther­a­pies — No­var­tis’ Kym­ri­ah and Gilead’s Yescar­ta — sim­ply don’t work in 10% to 20% of pa­tients with B cell ma­lig­nan­cies. What fac­tors un­der­pin this re­sis­tance to CAR-T ther­a­py? The main cul­prit could be the can­cer cells them­selves, ac­cord­ing to a team of re­searchers at Penn.

CAR-T ther­a­pies are en­gi­neered to work in this way: Cells are ex­tract­ed from the pa­tient and then ma­nip­u­lat­ed in a lab where chimeric anti­gen re­cep­tors are added to di­rect the pa­tient’s own T cells to snuff out spe­cif­ic can­cer cells once re-in­fused back in­to the pa­tient. But in a frac­tion of pa­tients, the armed im­mune at­tack does not oblit­er­ate the dis­ease. By tar­get­ing CD19, a mark­er present on al­most all B cells, CAR-T ther­a­pies have shown re­mark­able po­ten­cy and dura­bil­i­ty in a num­ber of blood can­cers, in­clud­ing acute lym­phoblas­tic leukemia (ALL).

“That ex­plains maybe half of the re­laps­es in leukemia and maybe a third in lym­phoma — so there is still a vast ma­jor­i­ty of pa­tients where we sim­ply don’t know what’s go­ing on,” he said.

An­oth­er fac­tor dri­ving re­sis­tance was dys­func­tion­al T cells, he added. “What we are hy­poth­e­siz­ing here is that there can be a third mech­a­nism…that even in the pres­ence of CD19 those leukemic cells are un­able to die when they are trig­gered by CAR-T.”

The find­ings were pub­lished on Thurs­day in Can­cer Dis­cov­ery, a jour­nal of the Amer­i­can As­so­ci­a­tion for Can­cer Re­search.

In the Penn study, re­searchers per­formed a genome-wide CRISPR/Cas9-based screen of an ALL cell line to iso­late path­ways as­so­ci­at­ed with re­sis­tance. Cells were edit­ed for loss of func­tion of sin­gle genes and com­bined with CAR-T cells for 24 hours to iden­ti­fy the path­way dri­ving the pri­ma­ry re­sis­tance. The in vit­ro da­ta showed that in the ALL cells that re­sist­ed the CAR-T at­tack, there was a short­age of genes in­volved in ac­ti­vat­ing the cell death path­way and a spike in genes nec­es­sary for evad­ing the cell death path­way.

In­stead of in­ter­ro­gat­ing sam­ples from pa­tients that have failed to ben­e­fit from CAR-T ther­a­pies, the plan was to mod­el a genome-wide re­sis­tance mech­a­nism and then con­firm it in pa­tients. Many pa­tients are now be­ing treat­ed with CAR-Ts, but still, the num­bers are lim­it­ed — so this ap­proach was used to dis­cov­er aber­ra­tions that the lim­it­ed num­ber of pa­tient sam­ples would not be pow­ered to iden­ti­fy, Ruel­la said.

But the team at Penn cau­tioned that the prac­tice may not nec­es­sar­i­ly help the sub­set of pa­tients whose can­cer cells car­ry this pro­por­tion of un­fa­vor­able genes.

Re­sis­tant to CAR-T ther­a­pies? It's the can­cer, not your im­mune sys­tem — study