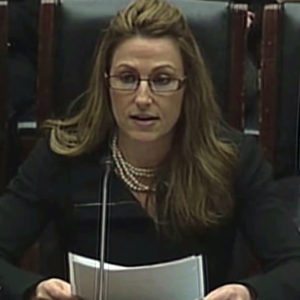 My­lan and Roche ham­mered out a glob­al li­cens­ing pact that gives My­lan launch dates for mar­kets around the world. But the com­pa­nies are keep­ing the sched­ule un­der wraps. As part of the set­tle­ment, My­lan is drop­ping a le­gal chal­lenge to two of Genen­tech’s patents.

My­lan is fac­ing a Sep­tem­ber 3rd PDU­FA date on their knock­off of Her­ceptin, a megablock­buster for Roche that brought in $6.7 bil­lion last year. The com­pa­ny has man­aged to stall com­peti­tors to its big fran­chise drug, though, giv­ing it time to ma­neu­ver for­ward with a com­bo suc­ces­sor that should help keep it high­ly com­pet­i­tive. Just a week ago Roche lost a three-year run­ning fight with My­lan and Bio­con over its at­tempt to break in­to the key In­di­an mar­ket.

Roche’s Dan O’Day said ear­li­er that he didn’t be­lieve a biosim­i­lar of Her­ceptin would reach the US mar­ket be­fore the fall of this year.

Roche’s po­si­tion now will lean heav­i­ly on da­ta from its APHIN­I­TY study, which demon­strat­ed pos­i­tive da­ta for the com­bi­na­tion of Per­je­ta and Her­ceptin in post-surgery pa­tients.

Am­gen and No­var­tis, mean­while, have been spar­ring over the rules on in­tro­duc­ing new biosim­i­lars. Leg­is­la­tion re­quires a 180-day no­tice of sales be­fore biosim­i­lar mar­ket­ing can start, and No­var­tis wants to sup­ply the no­tice ahead of a for­mal ap­proval to al­low for a quick start. Am­gen and op­po­nents, though, ar­gue that the no­tice should be on­ly al­lowed af­ter an ap­proval, in or­der to avoid mar­ket “chaos.” And both sides are tak­ing the case, which in­cludes a dis­pute over re­quir­ing biosim­i­lars man­u­fac­tur­ers to dis­close ap­pli­ca­tions, to the Supreme Court next month.

The set­tle­ment is big news for My­lan, which de­vel­oped the biosim­i­lar with In­dia’s Bio­con. My­lan has sole mar­ket­ing con­trol in the US, Cana­da, Japan, Aus­tralia, New Zealand and in the Eu­ro­pean Union and Eu­ro­pean Free Trade As­so­ci­a­tion coun­tries, with Bio­con hold­ing co-sales rights in the rest of the world.