Sanofi fires back at Roseanne: 'racism is not a side ef­fec­t' of Am­bi­en

Peo­ple of all races, re­li­gions and na­tion­al­i­ties work at Sanofi every day to im­prove the lives of peo­ple around the world. While all phar­ma­ceu­ti­cal treat­ments have side ef­fects, racism is not a known side ef­fect of any Sanofi med­ica­tion. 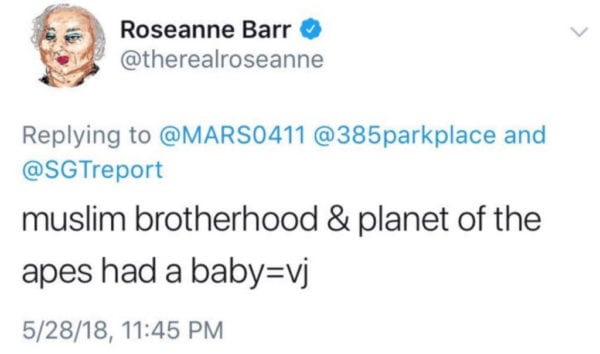 The tweet got Barr’s new show — a re­newed take on the pop­u­lar “Roseanne” sit­com —im­me­di­ate­ly can­celed, even af­ter a suc­cess­ful first sea­son. The show brought in an es­ti­mat­ed $45 mil­lion in ad rev­enue for ABC, and was ex­pect­ed to bring in $60 mil­lion in its next sea­son. But that ad rev­enue will nev­er come, as Chan­ning Dungey, pres­i­dent of ABC En­ter­tain­ment ex­plained.

From Chan­ning Dungey, Pres­i­dent of ABC En­ter­tain­ment: “Roseanne’s Twit­ter state­ment is ab­hor­rent, re­pug­nant and in­con­sis­tent with our val­ues, and we have de­cid­ed to can­cel her show.”
There was on­ly one thing to do here, and that was the right thing.

After nearly two decades in the haze of preclinical and clinical development, things seems to be coming into focus for Alnylam Pharmaceuticals.

Two years ago the company landed the first approved drug for RNA interference (RNAi), a Nobel Prize-winning technique discovered in plants and pioneered around the turn of the century. Then last year, they landed another approval. Now, fresh off a massive investment from Blackstone, they’ve received an FDA priority review designation for a third therapy, setting them up to potentially nab three different approvals in three consecutive years.

Sanofi fires back at Roseanne: 'racism is not a side ef­fec­t' of Am­bi­en