Af­ter win­ning an FDA ap­proval for Ex­ondys51 as a new ther­a­py for Duchenne mus­cu­lar dy­s­tro­phy with­out hav­ing to ac­tu­al­ly pro­duce da­ta to prove it worked, Sarep­ta $SRPT fol­lowed up this new morn­ing with a fresh set of da­ta from a small study un­der­scor­ing the abil­i­ty of its ex­per­i­men­tal fol­lowup ex­on-skip­ping drug golodirsen to trig­ger added pro­duc­tion of dy­s­trophin. 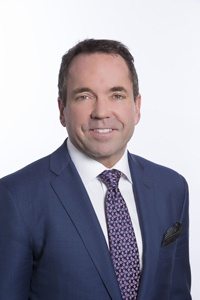 The num­bers it cites, though, are tiny. De­spite that, Sarep­ta is telling an­a­lysts to­day that it plans to see if the FDA could be will­ing to give it an ac­cel­er­at­ed green light.

Some of the an­a­lysts found the out­come to be more than a lit­tle lean. Not­ed RBC’s Matthew Eck­ler:

The com­pa­ny is out to prove that its ex­on-skip­ping tech does work ef­fec­tive­ly, but the biotech still has a very long way to go on that score. Nev­er­the­less, with some help­ful cheer­lead­ing on the side­lines, its stock jumped 15% on the re­lease.