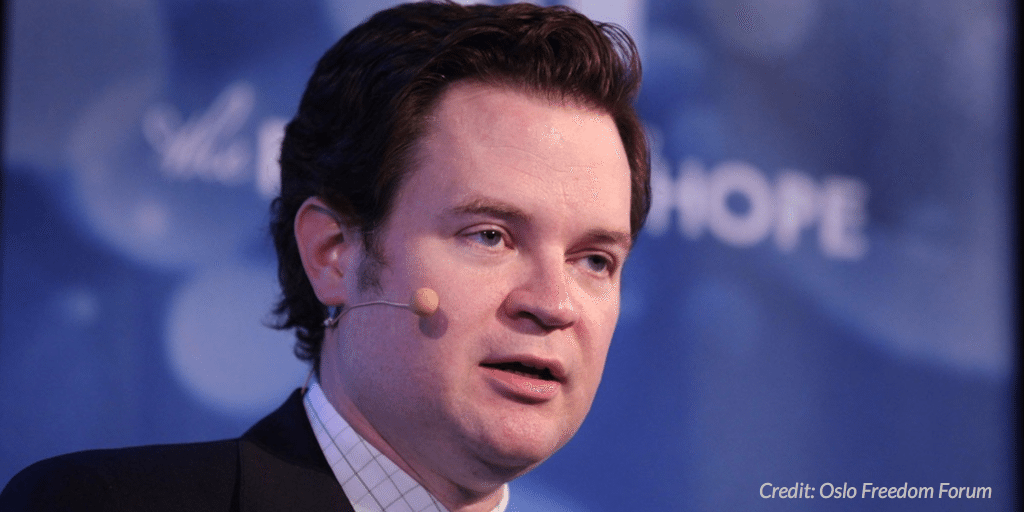 Once Bloomberg broke the word that Pe­ter Thiel as­so­ciate Jim O’Neill was be­ing con­sid­ered for the top job at the FDA, re­porters start­ed to nose out the most out­ra­geous re­marks had made. And there are some doozies.

The busi­ness news ser­vice start­ed out with the most rel­e­vant: O’Neill has called for a new sys­tem that would ap­prove drugs that es­tab­lish a base­line on safe­ty, let­ting con­sumers sort out the ef­fi­ca­cy side of thing.

“We should re­form FDA so there is ap­prov­ing drugs af­ter their spon­sors have demon­strat­ed safe­ty — and let peo­ple start us­ing them, at their own risk, but not much risk of safe­ty,” O’Neill said in a speech two years ago at what was called Re­ju­ve­na­tion Biotech­nol­o­gy. “Let’s prove ef­fi­ca­cy af­ter they’ve been le­gal­ized.”

His own re­sume pro­vides some quick hits. 1. Not a doc­tor. 2. Not a sci­en­tist. And he’s on the board of the Seast­eading In­sti­tute, which hopes to set up float­ing towns free of gov­ern­ment in­ep­ti­tude.

The Yale grad got his ca­reer start­ed as a speech­writer at Health & Hu­man Ser­vices and was prin­ci­pal as­so­ciate deputy sec­re­tary un­der the George W. Bush ad­min­is­tra­tion.

STAT not­ed sources who say that it’s Thiel — the bil­lion­aire Face­book backer who broke with Sil­i­con Val­ley in sup­port­ing the pres­i­dent-elect — who’s pro­mot­ing the lib­er­tar­i­an for the top job at the FDA. O’Neill has worked at Thiel Cap­i­tal, helmed the Thiel Foun­da­tion and now runs Thiel-backed Mithril Cap­i­tal, which in­vest­ed in med tech — Au­ris Sur­gi­cal was a re­cent in­vest­ment — that the FDA reg­u­lates.

Among his many in­volve­ments in the R&D field, O’Neill is on the board at SENS Re­search Foun­da­tion, which is fo­cused on ag­ing R&D. And his 2014 speech in­clud­ed a claim that on­go­ing re­search would make it pos­si­ble to achieve hu­man im­mor­tal­i­ty in 40 years, ac­cord­ing to Bio­Cen­tu­ry. His bio at SENS in­cludes a note that he was on the steer­ing com­mit­tee at BAR­DA.

But now that word is out about his pos­si­ble se­lec­tion, his dig­i­tal re­sume is start­ing to dis­ap­pear. STAT notes that a speech has gone miss­ing overnight.

You can still hear him talk about seast­eading here.

He’s no shoe in. Scott Got­tlieb has long been con­sid­ered a kind of Re­pub­li­can shad­ow com­mis­sion­er for the FDA, and re­mains one of the most fre­quent­ly cit­ed can­di­dates for the post.

Since the elec­tion Trump has made two points re­lat­ed to biotech­nol­o­gy. He wants drug ap­provals to come faster and he wants drug prices to come down. There hasn’t been a word yet about how he plans to ac­com­plish the low­er drug prices, but the 21st Cen­tu­ry Cures Act pas­sage yes­ter­day gives him some ear­ly boasts to tout.

We’ll find out soon if his ideas about rad­i­cal change in gov­ern­ment ex­tend to the top job at the FDA.