When Ad­ynxx con­ced­ed that its non-opi­oid pain drug failed in Phase II, it vowed to hold out for a Phase III where it would fo­cus on a sub­group of pa­tients. Six months lat­er, it is plan­ning to tap the pub­lic mar­ket for the cash to back their move.

The biotech has inked an all-stock deal with Alli­qua Bio­Med­ical to re­verse merge its way on­to Nas­daq. When it wraps up in 2019, the trans­ac­tion would give Ad­ynxx share­hold­ers 86% con­trol of the new com­pa­ny, which will have the same name. 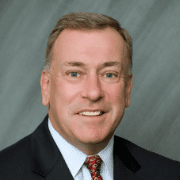 In the Phase II, in­ves­ti­ga­tors failed to see a sta­tis­ti­cal ben­e­fit on the pain cat­a­stro­phiz­ing scale of briv­o­ligide over a place­bo, but found hope in pa­tients with high PCS scores. Ad­ynxx is now propos­ing the drug as a treat­ment of post­op­er­a­tive pain with PCS scores of 16 or high­er.