In gen­er­al, the FDA’s fast track des­ig­na­tions don’t make news. The ma­jor­i­ty of new drugs which gain ap­proval these days get some sort of spe­cial sta­tus — to the point that it isn’t so spe­cial any­more.

But when you’re Am­i­cus Ther­a­peu­tics $FOLD, and you’re bounc­ing back from a sting­ing set­back for the lead drug mi­gala­s­tat, it’s a spe­cial mo­ment to an­nounce that the agency has put your drug for Fab­ry dis­ease on the fast track. Reg­u­la­tors are es­sen­tial­ly promis­ing to make things hap­pen fast as Am­i­cus lines up a new fil­ing be­fore the end of this year, though it’s not a guar­an­tee of any kind.

It’s al­so note­wor­thy for the in­dus­try, as the change of sta­tus high­lights a new regime at the FDA which has vowed to step up drug ap­provals — with­out dam­ag­ing the gold stan­dard on drug ap­provals.

FDA com­mis­sion­er Scott Got­tlieb is draw­ing a new line in the sand. 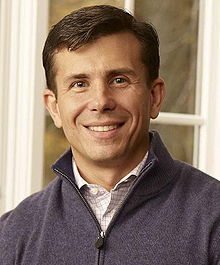 “As we ex­e­cute our in­ter­na­tion­al launch and con­tin­ue pur­su­ing glob­al reg­u­la­to­ry ap­provals for mi­gala­s­tat, it is our vi­sion to bring this im­por­tant treat­ment to even more peo­ple in more ge­o­gra­phies who may ben­e­fit,” said CEO John Crow­ley in a state­ment. “We look for­ward to sub­mit­ting our NDA and col­lab­o­rat­ing with the U.S. FDA through­out the reg­u­la­to­ry process.”

The FDA was in any­thing but a col­lab­o­ra­tive mood when it slammed Am­i­cus with a ma­jor de­lay last fall, de­mand­ing that it con­duct a Phase III study. But then came a new Trump ad­min­is­tra­tion and a new FDA com­mis­sion­er. And Crow­ley — who had talked di­rect­ly with Trump about the sit­u­a­tion, gain­ing his sup­port — was giv­en the green light to re­file over the sum­mer.

To­day, he al­so has the FDA’s com­mit­ment to speed things along.

Sig­nif­i­cant­ly, Am­i­cus isn’t the on­ly drug de­vel­op­er to ben­e­fit from the change of the pow­er group in Wash­ing­ton DC. Phar­ma gi­ant Eli Lil­ly al­so ex­e­cut­ed a swift turn­around af­ter bit­ter­ly crit­i­ciz­ing the FDA’s re­jec­tion of baric­i­tinib on safe­ty rea­sons. Now, in­stead of be­ing forced back in­to the clin­ic, Lil­ly has the FDA’s ap­proval to re­file as well. And both these drugs loom large for their re­spec­tive com­pa­nies.

The FDA doesn’t do any­thing like com­ment pub­licly about its stance on any drug, un­til and un­less they ac­tu­al­ly ap­prove it. But Am­i­cus and Lil­ly are prime ex­hibits in the case that the Trump/Got­tlieb ap­proach to drug de­vel­op­ment won’t be quite as ready to throw the red flag.