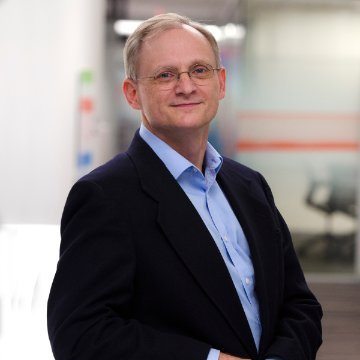 The steady mi­gra­tion of top R&D ex­ecs out of Big Phar­ma and in­to lit­tle biotech is con­tin­u­ing this morn­ing.

Car­pen­ter — a for­mer as­so­ciate pro­fes­sor at Har­vard Med, where he ran a lab for years — spent the last six years at GSK, where he wrapped up his stint as a se­nior VP and head of can­cer epi­ge­net­ics. He jumped from Har­vard to Mer­ck to GSK, where he was cred­it­ed with lead­ing the de­vel­op­ment of Votri­ent. And at Mer­ck he worked on MK-4827, which went on to be­come Tesaro’s PARP drug Ze­ju­la.

He’s go­ing to one of the best fi­nanced up­starts in biotech. Just a few months ago, Cam­bridge, MA-based Ru­bius lined up a $120 mil­lion round, with plans to de­vel­op a full pipeline of new drugs.

Car­pen­ter says he didn’t leave GSK’s Philadel­phia op­er­a­tions be­cause he was un­hap­py. Far from it.

In­stead, once he had a chance to take a se­ri­ous look at the tech­nol­o­gy Ru­bius is work­ing with, he felt he couldn’t pass on the chance of play­ing a lead role de­vel­op­ing some­thing com­plete­ly nov­el, with ap­pli­ca­tions in a va­ri­ety of dis­eases.

“For me, it re­al­ly was some­thing that no one else was do­ing and I re­al­ly want­ed to get in on the ground floor.”

With biotech boom­ing, we’ve been see­ing a steady mi­gra­tion of se­nior re­search and man­u­fac­tur­ing ex­ecs leav­ing se­nior spots at the world’s biggest de­vel­op­ers in fa­vor of a start­up like Ru­bius. A few weeks ago, for ex­am­ple, we saw Tony Ho leave a top job at As­traZeneca for a role run­ning R&D at CRISPR Ther­a­peu­tics. At the same time Juan An­dres left a top job in No­var­tis’ glob­al man­u­fac­tur­ing di­vi­sion to take a lead role at Mod­er­na. And in re­cent days we’ve seen the likes of An­drew Wit­ty and Mon­cef Slaoui, the for­mer CEO and ex-R&D head at GSK, start new ca­reers in biotech ven­ture cap­i­tal firms. The list goes on.

Their places in Big Phar­ma R&D are of­ten filled by high-pro­file aca­d­e­m­ic in­ves­ti­ga­tors. And that is start­ing to look like the great cir­cle of drug R&D in this brave new world.