Sofinno­va Part­ners builds stacks [on stacks, on stacks] as fund breaks past $2B mark

Just in case you were con­cerned that Sofinno­va Part­ners might be get­ting dis­tract­ed by its new late-stage for­ays, the cor­ner­stone French life sci­ence VC an­nounced a new ear­ly-stage fund worth a third of a bil­lion eu­ros, or $370 mil­lion. 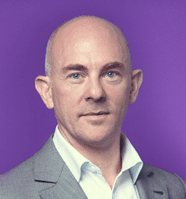 Sofinno­va Cap­i­tal IX will pro­vide found­ing and lead in­vest­ments to star­tups and cor­po­rate spin­offs in the biotech and med­ical de­vice in­dus­tries, where the bulk of the com­pa­ny’s vast reser­voirs have been pushed to date. The new fund brings the com­pa­ny to $1 bil­lion raised over the last 4 years – half of the $2 bil­lion it says it now man­ages.

Po­lit­i­cal and eco­nom­ic trou­bles have not ap­peared to stem cash flow for some of Eu­rope’s largest bio in­vestors this year. Sofinno­va said Cap­i­tal IX was over­sub­scribed. It comes af­ter the UK’s Medicxi raised €400 mil­lion in Ju­ly, the same month Ger­many’s Welling­ton Part­ners brought in $237 mil­lion to launch its Life Sci­ence Fund V. In March, Sev­en­ture held the first close on its €200 mil­lion mi­cro­bio­me fund.

Ma­jor events such as Brex­it still pose a loom­ing threat, though. The UK BioIn­dus­try As­so­ci­a­tion pub­lished a re­port this month sug­gest­ing that in­vest­ment was slow­ly dry­ing in the coun­try be­cause of the un­cer­tain­ty around the UK’s de­par­ture from the EU. But these ebbing forces have come at the same time that, some biotech lead­ers say, Eu­ro­pean in­vestors have warmed up to an in­dus­try they once viewed as too risky.

Some of the EU biotech mon­ey will of course flow else­where. Sofinno­va, long trans­par­ent about where they send mon­ey, said about 2/3 of the new fund will stay in Eu­rope and a 1/3 will go to oth­er mar­kets, main­ly North Amer­i­ca.

Sofinno­va Part­ners builds stacks [on stacks, on stacks] as fund breaks past $2B mark