Af­ter years try­ing to push a thrice-failed Duchenne drug in­to the US mar­ket (and ul­ti­mate­ly fail­ing to do so), PTC Ther­a­peu­tics is fi­nal­ly on­to some­thing in­ter­est­ing. 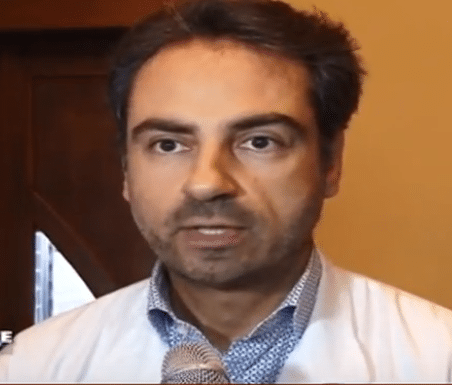 The New Jer­sey com­pa­ny’s stock $PTCT is soar­ing on news of a com­plete­ly dif­fer­ent pro­gram — one part­nered with Roche — that’s just im­pressed an­a­lysts and in­vestors with up­dat­ed da­ta from a Phase I tri­al.

This drug, called ris­diplam or RG7916, is be­ing test­ed in ba­bies with spinal mus­cu­lar at­ro­phy, a ge­net­ic con­di­tion that robs peo­ple of phys­i­cal strength by af­fect­ing the mo­tor nerve cells in the spinal cord. It’s the num­ber one ge­net­ic cause of death for in­fants. The dis­ease is caused by a gene mu­ta­tion that pre­vents the body from pro­duc­ing a mus­cle de­vel­op­ment pro­tein called SMN, which leads to at­ro­phy of the mus­cles, mo­tor im­pair­ment, and paral­y­sis. Ba­bies born with the sever­est kind of SMA nev­er learn to crawl, sit up, or walk, and many lose the abil­i­ty to breathe. They of­ten die with­in 18 months.

PTC’s drug, li­censed to Roche in 2011, is de­signed to re­place the miss­ing SMN pro­tein — and it can be tak­en oral­ly. The small tri­al test­ed RG7916 in 21 ba­bies born with the sever­est form of SMA. In the up­dat­ed Phase I da­ta, the drug showed to im­prove mo­tor func­tion in pa­tients, with a me­di­an im­prove­ment of 5.5 points in a test known as the CHOP-IN­TEND. This test, de­vel­oped by the Chil­dren’s Hos­pi­tal of Philadel­phia, mea­sures mus­cle de­vel­op­ment mile­stones.

See­ing im­prove­ment in mus­cle func­tion this ear­ly was a bit of a sur­prise — which is why in­vestors are so gid­dy.

Re­gard­less, the da­ta are good news for PTC, a com­pa­ny that’s been plagued with bad news for years due to the fail­ure (af­ter fail­ure af­ter fail­ure) of its Duchenne mus­cu­lar dy­s­tro­phy drug ataluren. That drug, ap­proved in Eu­rope, has so far failed to please reg­u­la­tors in the US. Al­though PTC still isn’t giv­ing up on DMD, in­vestors are sure­ly hap­py to see the com­pa­ny mov­ing on to green­er pas­tures. The com­pa­ny’s stock is up 23% Mon­day morn­ing, trad­ing at $46.29 as of press time. That’s up from Fri­day’s close of $37.55 per share.