When SteadyMed $STDY out­lined its IPO plans in ear­ly 2015, the biotech as­sured would-be in­vestors that it could be ready to file an ap­pli­ca­tion for its drug-de­vice ther­a­peu­tic Trevyent a year lat­er.

Things haven’t worked out as planned for the biotech, though. The NDA ar­rived at the agency in June of this year, and has now been hand­ed back as in­com­plete.

That’s not the news in­vestors were look­ing for. Its shares plunged 44%, tak­ing a big bite out of its mi­cro mar­ket cap.

Ac­cord­ing to the biotech: 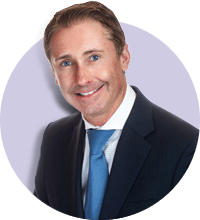 The FDA al­so is­sued a rare RTF ear­li­er in the week to Acor­da, which has been at­tempt­ing a high wire act to hus­tle CVT-301 to the FDA as it looks to re­place Ampyra as gener­ic com­pe­ti­tion looms.

As for SteadyMed, the com­pa­ny plans to re­group and get back in front of reg­u­la­tors.

“We be­lieve that the is­sues raised in the let­ter from FDA can be suf­fi­cient­ly ad­dressed. Our next step is to work with the FDA to ad­dress the open is­sues and iden­ti­fy a path to a suc­cess­ful re­sub­mis­sion and ac­cep­tance of our ap­pli­ca­tion,” said SteadyMed CEO Jonathan Rig­by. “We be­lieve that Trevyent holds the po­ten­tial to sig­nif­i­cant­ly im­prove the lives of pa­tients suf­fer­ing from PAH com­pared to the cur­rent stan­dard of care, and re­main com­mit­ted to bring­ing the prod­uct to pa­tients in need.”