“The hope is to de­vel­op the tech­nol­o­gy as an al­ter­na­tive to liv­er trans­plan­ta­tion in ACLF pa­tients — not all of them are get­ting trans­plants be­cause a lot of the pa­tients are al­co­holics,” com­pa­ny chief John Tchelin­ger­ian said in an in­ter­view with End­points News. 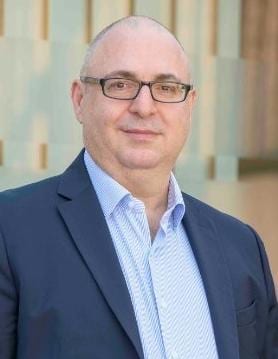 “Our cells have these nat­ur­al fea­tures — they are com­ing from the liv­er and go­ing back in­to the liv­er — af­ter their in­tra­venous ad­min­is­tra­tion in pa­tients. They are pro­duc­ing high­ly po­tent fac­tors that are nec­es­sary for liv­er bal­ance and liv­er main­te­nance…these fac­tors are tai­lored to act specif­i­cal­ly on liv­er cells and re­pair the le­sion or act against the in­flam­ma­tion oc­cur­ring in the liv­er.”

Once the do­na­tion is pro­cured — the liv­er is processed at a GMP-com­pli­ant US Promethera fa­cil­i­ty, which pro­duces a liv­er cell sus­pen­sion that is en­riched with he­pa­to­cytes — this con­sti­tutes the start­ing ma­te­ri­als to pro­duce He­paStem.  This sus­pen­sion is put in­to sealed bags, frozen and shipped to the com­pa­ny’s Bel­gium fac­to­ry, where He­paStem is then for­mu­lat­ed and cryo-pre­served, he ex­plained. “The process takes about two months — to pro­duce a batch of bil­lions of stem cells from a sin­gle bag that con­tains a few hun­dred mil­lions cells. We have many runs per year. From one liv­er to­day — we can treat about 300 to 350 pa­tients suf­fer­ing from ACLF.”

“We’re the op­po­site of the CAR-Ts — who went from bench to pa­tient very quick­ly show­ing ef­fi­ca­cy…we have done the re­verse, I think that’s a very good way to bring our prod­ucts to the max­i­mum num­ber of pa­tients world­wide, be­cause we con­trol the full val­ue chain from the donor to the end prod­uct.”

Promethera’s on­go­ing He­paStem Phase IIa will be com­plet­ed this sum­mer — and if the pos­i­tive find­ings are con­firmed, that da­ta will pro­vide the ground to launch a Phase IIb tri­al. That study is ex­pect­ed to kick off by the end of 2019, with about 200+ pa­tients and should take 2.5 years to com­plete.

So far, the com­pa­ny has raised rough­ly €110 mil­lion — in­clud­ing the Tues­day se­ries D raise, which was co-led by new Japan­ese in­vestors Itochu and Shin­sei Cap­i­tal Part­ners.