Hours af­ter Eli Lil­ly spelled out ex­act­ly how bad its last batch of Phase III da­ta for solanezum­ab was, Take­da stepped up to say its big shot at prov­ing that their di­a­betes drug Ac­tos could al­so de­lay symp­toms of Alzheimer’s was a com­plete flop.

Zin­fan­del was found­ed by Allen Ros­es, a leg­endary Alzheimer’s re­searcher who first linked APOE and Alzheimer’s, lat­er adding TOMM40 in the search for ge­net­ic trig­gers to the dis­ease. He died in 2016, a few months af­ter the Take­da study was ful­ly en­rolled.

At an in­ter­im point of the 5-year study the re­searchers say the treat­ment ef­fect was too small to war­rant any fur­ther work. There were no se­ri­ous safe­ty is­sues. 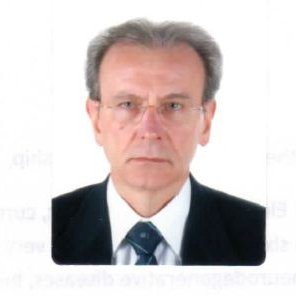 In just the last few weeks we’ve seen Pfiz­er bow out of Alzheimer’s and Parkin­son’s work, while Ax­o­vant’s lead ther­a­py failed a Phase III test. At this point, re­searchers are re­think­ing what they know about the dis­ease and con­sid­er­ing new ap­proach­es that may yet sur­vive a re­search path­way lit­tered with the wreck­age of old pro­grams that have crashed and burned.

Take­da, though, is def­i­nite­ly not join­ing the ex­o­dus. Neu­ro­sciences re­mains a key fo­cus at the com­pa­ny, which just a few weeks ago ex­e­cut­ed a $1 bil­lion-plus deal to al­ly it­self with De­nali, which has it own take on the ge­net­ics of Alzheimer’s and how that can play in­to new drug de­vel­op­ment pro­grams.