The fi­nal piece of the puz­zle has now fall­en in place, with the open­ing of a 24,000 square-foot cell ther­a­py man­u­fac­tur­ing fa­cil­i­ty at its R&D head­quar­ters in Boston.

“In that ear­ly space, hav­ing it sit­u­at­ed in prox­im­i­ty to our teams is quite pow­er­ful,” Chris Arendt, head of the on­col­o­gy ther­a­peu­tic area unit, told End­points News. “When you think about it, the process de­fines very much the med­i­cine and the cell ther­a­py space” 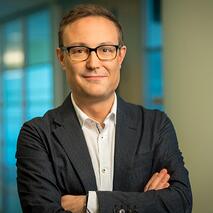 With three pro­grams now in the clin­ic, Take­da is now pick­ing two more to test in hu­mans in 2021, Arendt said. While each re­search part­ner­ship has tak­en on its own be­spoke ap­proach to man­u­fac­tur­ing up to now, the new fa­cil­i­ty will pro­vide a cen­tral spot to lock down the process de­vel­op­ment as close to the fi­nal prod­uct as pos­si­ble. 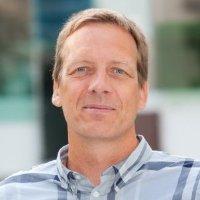 The way he’s built the team — now grown to well over 150 sci­en­tists — the learn­ings from any one pro­gram can be quick­ly ap­plied to the whole port­fo­lio, Wildt not­ed.

“We want­ed to place the en­gine team at that sweet spot be­tween late-stage dis­cov­ery and rapid­ly putting for­ward in­no­v­a­tive ideas and con­cepts in­to clin­i­cal trans­la­tion,” he said. “It was just a con­cept a few years ago. And now we can part­ner with hos­pi­tals and pa­tients and re­al­ly see hope­ful­ly we can be suc­cess­ful on their be­half.”

Secretary of health and human services Alex Azar speaking in the Rose Garden at the White House (Photo: AFP)
September 20, 2020 10:16 AM EDTUpdated 7 hours ago
Pharma