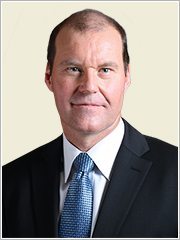 The for­mal deal to merge Take­da and Shire in­to one com­pa­ny has yet to be closed, but the Japan­ese bio­phar­ma is al­ready bring­ing the ax down hard on its US group.

That shouldn’t take long. Take­da has shrugged off some deep seat­ed op­po­si­tion to the move in Japan, where for­mer staffers have al­lied with Take­da fam­i­ly mem­bers to warn of the pend­ing cat­a­stro­phe that would re­sult if the com­pa­ny turns its back on long­stand­ing tra­di­tions. The deal, though, should close in ear­ly 2019.

Ear­li­er re­ports have high­light­ed the on­go­ing mi­gra­tion of jobs from Chica­go to Boston, the new epi­cen­ter for the com­pa­ny’s R&D ef­forts un­der CEO Christophe We­ber.

What’s next? Take­da has promised it will slice about 7% of its com­bined staff. But R&D chief Andy Plump has al­so in­sist­ed they will find ways to spin out jobs and pro­grams as they bring Shire in­to the com­pa­ny.

Ex­act­ly how many that will leave in the cold, though, is un­cer­tain.