Thanks to Supreme Court de­ci­sion, Mer­ck gets an­oth­er chance to throw out Fos­amax claims

Why didn’t Mer­ck do any­thing about it dur­ing that time? It’s not for lack of try­ing, the com­pa­ny ar­gues. Rather, its at­tempt to add a warn­ing to the la­bel was re­ject­ed by the FDA, free­ing it of any le­gal re­spon­si­bil­i­ty for fail­ure to warn. 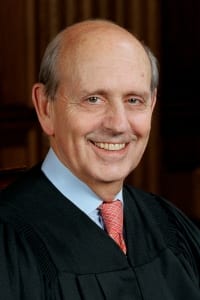 Key to val­i­dat­ing that ar­gu­ment is a le­gal prin­ci­ple in fed­er­al-state re­la­tions known as pre-emp­tion. In this case — fol­low­ing a 2009 prece­dent set in Wyeth v. Levine — it means that when there is “clear ev­i­dence” that the FDA would not have ap­proved the warn­ing that state law re­quires, the drug man­u­fac­tur­er could not be blamed for fail­ing to com­ply with that state law.

The plain­tiffs might dis­agree on whether that cri­te­ria is met. In fact, Jus­tice Stephen Brey­er ac­knowl­edged in the ma­jor­i­ty opin­ion that the FDA turned down Mer­ck’s pro­posed change on the grounds that it was “in­ad­e­quate” and in­vit­ed them to re­sub­mit an ap­pli­ca­tion to ful­ly ad­dress its de­fi­cien­cies. But that’s up for a judge, not a ju­ry, to de­cide — con­tra­dict­ing the de­ci­sion of the 2017 rul­ing by the Court of Ap­peals for the Third Cir­cuit.

The ques­tion of agency dis­ap­proval is pri­mar­i­ly one of law for a judge to de­cide. The ques­tion of­ten in­volves the use of le­gal skills to de­ter­mine whether agency dis­ap­proval fits facts that are not in dis­pute. More­over, judges, rather than lay ju­ries, are bet­ter equipped to eval­u­ate the na­ture and scope of an agency’s de­ter­mi­na­tion, and are bet­ter suit­ed to un­der­stand and to in­ter­pret agency de­ci­sions in light of the gov­ern­ing statu­to­ry and reg­u­la­to­ry con­text. While con­test­ed brute facts will some­times prove rel­e­vant to a court’s le­gal de­ter­mi­na­tion about the mean­ing and ef­fect of an agency de­ci­sion, such fac­tu­al ques­tions are sub­sumed with­in an al­ready tight­ly cir­cum­scribed le­gal analy­sis and do not war­rant sub­mis­sion alone or to­geth­er with the larg­er pre-emp­tion ques­tion to a ju­ry.

Law­suits against Mer­ck on Fos­amax first emerged around 2009, af­ter the drug had gone gener­ic. It still gar­nered $209 mil­lion in sales last year, ac­cord­ing to fi­nan­cial re­ports.

Thanks to Supreme Court de­ci­sion, Mer­ck gets an­oth­er chance to throw out Fos­amax claims