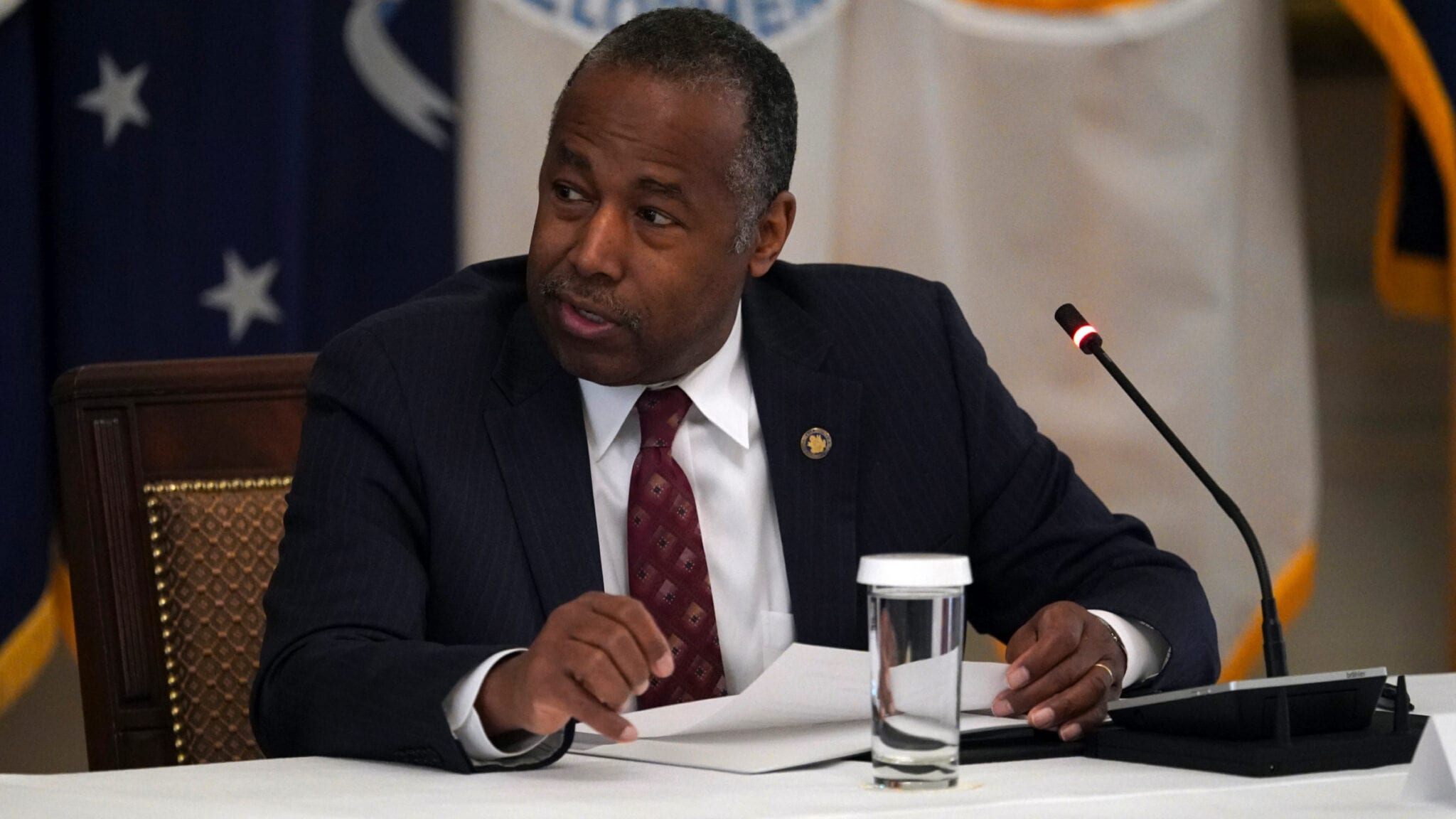 Car­son, a for­mer GOP pres­i­den­tial can­di­date and erst­while HUD head, has joined Galectin Ther­a­peu­tics as a “spe­cial con­sul­tant” the biotech hopes will help raise its pro­file and pro­vide an en­trée to key busi­ness part­ner­ships, the com­pa­ny said Mon­day.

The com­pa­ny will al­so use Car­son as a part-time mouth­piece, with him “pe­ri­od­i­cal­ly act­ing as a spokesper­son re­lat­ed to the Com­pa­ny’s sci­ence through pub­lic com­ments and in­ter­views, in in­tro­duc­tions to com­mer­cial and aca­d­e­m­ic part­ners, and in oth­er pub­lic state­ments as may be re­quest­ed,” ac­cord­ing to an SEC fil­ing. Fi­nan­cial terms of Car­son’s em­ploy­ment were not dis­closed.

Car­son, a re­tired neu­ro­sur­geon who spent four years in Trump’s in­ner cir­cle, will be tasked with help­ing raise aware­ness around Galectin’s lead com­pound, be­lapectin, which is cur­rent­ly in a Phase II/III tri­al for NASH cir­rho­sis. Car­son will al­so pick up re­spon­si­bil­i­ties for de­vel­op­ing a sci­en­tif­ic ad­vi­so­ry board at the com­pa­ny with over­sight on pick­ing mem­bers, Galectin said.

It’s a bold choice with po­ten­tial po­lit­i­cal ram­i­fi­ca­tions for Galectin giv­en Car­son’s for­mer role in the Trump ad­min­is­tra­tion. Car­son head­ing up the sci­en­tif­ic ad­vi­so­ry board, for in­stance, could prove a bar­ri­er in a biotech in­dus­try that has been more will­ing to speak out po­lit­i­cal­ly in re­cent years — par­tic­u­lar­ly against Trump. Lewis down­played those con­cerns, ar­gu­ing that Car­son’s ex­ten­sive med­ical back­ground — de­spite not his­to­ry in NASH — was a boon for the team.

“Look, We’re thrilled that any­body of his stature is will­ing to help us,” Lewis told me. “I’m try­ing to run an R&D biotech, and we need help. I’m es­pe­cial­ly thrilled that he has con­nec­tions at Johns Hop­kins.”

In terms of the stip­u­la­tions in his con­tract, Lewis was mum. In the com­pa­ny’s 8-K fil­ing, the biotech laid out the po­si­tion’s du­ties but not its com­pen­sa­tion or term.

This isn’t Car­son’s first go at biotech. Back in 2014, Car­son was ap­point­ed chair­man of the board for vac­cine mak­er Vac­cino­gen. It wasn’t a long stay: Car­son dropped the po­si­tion in May 2015 as he geared up his cam­paign for pres­i­dent, where he would even­tu­al­ly lose the GOP nom­i­na­tion to Trump.