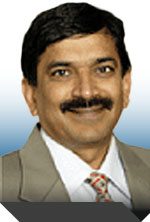 Lipocine is the lat­est biotech to feel the whip as an FDA ad­vi­so­ry pan­el vot­ed 13 to 6 against rec­om­mend­ing an ap­proval for Tlando, an oral drug that was de­signed to re­place the gels that have been avail­able. And its shares $LPCN cratered on the shutout, drop­ping 58% af­ter the vote came down.

The re­jec­tion came one day af­ter the FDA al­so shot down a try by Clarus Ther­a­peu­tics to get an en­dorse­ment for Jaten­zo af­ter it was bat­ted back in 2014. 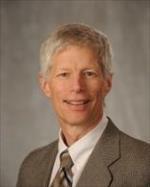 “I vot­ed ‘no’ be­cause … the in­di­ca­tion is the same as the ex­ist­ing prepa­ra­tions and we know there is huge off-la­bel use,” not­ed com­mit­tee mem­ber Dou­glas Bauer of the Uni­ver­si­ty of Cal­i­for­nia San Fran­cis­co, in a re­port from Med­Page To­day. “I think that’s un­ac­cept­able, and I don’t think that the spon­sor’s pro­pos­als to try to change that, frankly, are like­ly to be very suc­cess­ful.”

Low T drugs have been in dis­fa­vor at the agency, where the feds have been wor­ried about the side ef­fects as­so­ci­at­ed with testos­terone ther­a­pies and the po­ten­tial for mis­use. Sev­er­al years ago reg­u­la­tors be­gan to raise the bar on the use of ther­a­pies for low testos­terone, look­ing to re­strict their use to cer­tain med­ical con­di­tions as op­posed to pro­vid­ing a boost for men.

“We con­tin­ue to be­lieve that ef­fi­ca­cy and safe­ty re­sults from nu­mer­ous clin­i­cal stud­ies with TLANDO are con­sis­tent with oth­er FDA ap­proved TRT prod­ucts,” said Lipocine CEO Ma­hesh Pa­tel.  “We look for­ward to con­tin­u­ing to work with the FDA through the re­main­der of the re­view process.”

Es­ti­mat­ing a US price tag of $5K per course, remde­sivir is set to make bil­lions for Gilead, says key an­a­lyst

Over the past few months, Covid-19 has gone from being a monolithic threat to one of the biggest overnight boons the biopharma industry has ever seen. And amid all the furor over Moderna’s swelling stock price, plenty of chatter over what new drugs and vaccines will cost and investors’ uninhibited zeal for all things related to pandemic products, it’s been one little biotech’s golden ticket back from the land of the living dead.

Es­ti­mat­ing a US price tag of $5K per course, remde­sivir is set to make bil­lions for Gilead, says key an­a­lyst