If it wasn’t al­ready, biotech’s pan­dem­ic IPO boom is in full swing.

Af­ter a week that saw the largest Chi­nese biotech IPO in his­to­ry and an­oth­er $154 mil­lion for a com­pa­ny that emerged on­ly last Sep­tem­ber, four dif­fer­ent biotechs raised over $200 mil­lion. Each of them up­sized their of­fer­ings or priced at the top end — or more — of their orig­i­nal range.

The new rais­es are part of a broad­er trend, as in­vestors have flocked to biotech stocks as is­lands of sta­bil­i­ty in an in­creas­ing­ly rocky and pan­dem­ic-strick­en stock mar­ket. Large­ly, that’s meant bal­loon­ing val­u­a­tions for pub­lic com­pa­nies, such as Mod­er­na and Vir, who are mak­ing treat­ments or vac­cines for Covid-19.

But the com­pa­nies go­ing pub­lic this week don’t have large Covid-19 pro­grams. They con­sist of a Chi­nese can­cer de­tec­tion com­pa­ny and three com­pa­nies that are still pre­clin­i­cal, a stage when it used to be rare for com­pa­nies to go pub­lic, let alone raise vast cap­i­tal. The new rounds are a con­tin­u­a­tion of that trend, glimpses of which were seen be­fore the out­break hit the US, as the mar­ket showed an ap­petite for such ear­ly-stage ven­tures.

Six pre­clin­i­cal biotechs have now raised over $150 mil­lion in 2020, com­pared with just two over the pre­vi­ous three years, ac­cord­ing to num­bers from Re­nais­sance Cap­i­tal. That in­cludes David Liu’s Beam Ther­a­peu­tics, which raised $180 mil­lion on a base pair edit­ing plat­form in Feb­ru­ary, Jim Wil­son’s Pas­sage Bio, and Ver­sant’s Black Di­a­mond Ther­a­peu­tics. 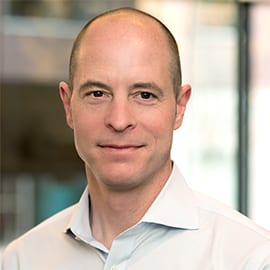 Vax­cyte filed for its IPO ex­act­ly two months af­ter it raised $110 mil­lion in a Se­ries D, and end­ed up rais­ing $249 mil­lion. At the time of the last raise, it was known as SutroVax — a holdover from its days as a spin­out of Sutro Bio­phar­ma — but they changed their name and lo­go in ad­vance of fil­ing for what was orig­i­nal­ly sten­ciled as a $100 mil­lion IPO.

There may be no bet­ter time to go pub­lic as a vac­cine com­pa­ny, and the re­turn of vac­cines to the cen­ter of pub­lic at­ten­tion may have boost­ed their over­all raise, but Vax­cyte is work­ing on a far dif­fer­ent mar­ket and type of in­oc­u­la­tion than coro­n­avirus. The com­pa­ny is try­ing to cre­ate a fol­low-up to Pre­vnar13, the Pfiz­er pneu­mo­nia vac­cine that’s earned over $30 bil­lion in one of the few block­buster vac­cine mar­kets. Vax­cyte’s lead prod­uct is meant to guard against 24 strains of bac­te­ria, in­stead of Pre­vnar’s 13, and is com­pet­ing against ex­per­i­men­tal in­oc­u­la­tions at Pfiz­er and else­where.

And on a small­er note, AI-fo­cused Chi­nese biotech, Lantern Phar­ma had an ever-so-slight­ly up­sized IPO. They filed for $25 mil­lion and raised $26 mil­lion.

We often think a person’s transition from a healthy to a diseased state is binary. But that’s often not the case. In reality, the onset of a disease is not something that occurs overnight, and the majority lie on a continuum that is impacted by a multitude of factors. Some of these factors are in a patient’s control. Others are not.

This is the case in nonalcoholic fatty liver disease (NAFLD) and nonalcoholic steatohepatitis (NASH), two of the most complex diseases that “live” on this proverbial continuum. The clinical onset of NAFLD — and ultimately NASH — is a complex process that is closely related to obesity, insulin resistance and impaired adipose tissue metabolism.