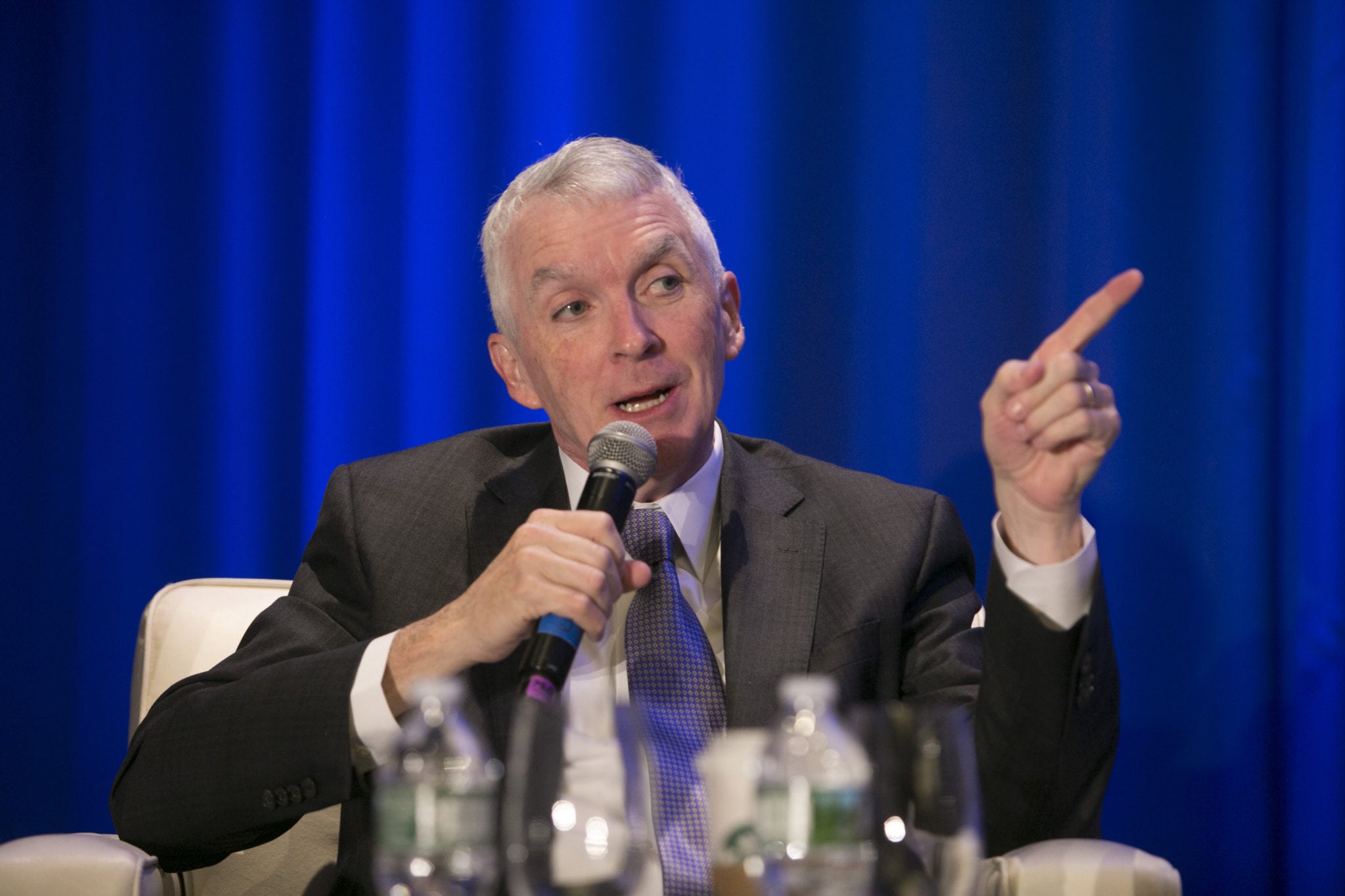 By the time for­mer Bris­tol My­ers Squibb CSO Tom Lynch stepped in to run the Fred Hutch Can­cer Re­search Cen­ter last year, both the po­ten­tial and lim­its of the in­sti­tute’s pre­clin­i­cal re­search had be­come clear.

Lynch is try­ing to change that. In one of his first ma­jor moves as di­rec­tor — he spent most of his first months deal­ing with the pan­dem­ic — the long­time can­cer re­searcher an­nounced plans to re­struc­ture Fred Hutch’s re­la­tion­ship with two oth­er ma­jor Seat­tle in­sti­tu­tions, Seat­tle Chil­dren’s and UW Med­i­cine, and form the Fred Hutch Can­cer Cen­ter.

The move is de­signed to ac­cel­er­ate clin­i­cal re­search. It will do so, in part, by more di­rect­ly con­nect­ing pa­tients with the new work Hutch’s trans­la­tion­al re­searchers have done on sol­id tu­mors while ex­pand­ing re­searchers’ abil­i­ties to progress in the field. Pre­vi­ous­ly, Lynch said, while many blood can­cer pa­tients were re­ferred to Fred Hutch, most pa­tients with sol­id tu­mors had been treat­ed at UW.

Now, they will be un­der one roof, where pa­tients might get bet­ter ac­cess to new dis­cov­er­ies.

“We have that [depth] cov­ered in vi­rol­o­gy, we have that cov­ered in cell ther­a­pies,” Lynch told End­points News. “We don’t have that same depth in sol­id tu­mors.”

The ex­pan­sion from one of the na­tion’s top can­cer in­sti­tutes is no­table, re­flect­ing the broad­er di­rec­tion in­dus­try and acad­e­mia have tak­en over the last cou­ple years. There are nu­mer­ous hur­dles to get­ting cell ther­a­pies for sol­id tu­mors. Most no­tably, it can be dif­fi­cult to get T cells to pen­e­trate the im­mune-sup­press­ing de­fens­es many sol­id tu­mors sur­round them­selves with. It’s al­so hard to find tar­gets on sol­id tu­mors that won’t al­so send the T cells af­ter healthy tis­sues.

Yet the pro­found ben­e­fits blood can­cer pa­tients have seen from cell ther­a­pies have sent re­searchers search­ing for cre­ative so­lu­tions, and ven­ture cap­i­tal­ists and phar­ma com­pa­nies have poured bil­lions of dol­lars in­to new ef­forts.

“Not in the next six months — the way we did with Covid vac­cines — but over the next five to 10 years, I think you’re go­ing to see a sig­nif­i­cant ac­cel­er­a­tion in can­cer sci­ence in pa­tients with sol­id tu­mors,” Lynch said.