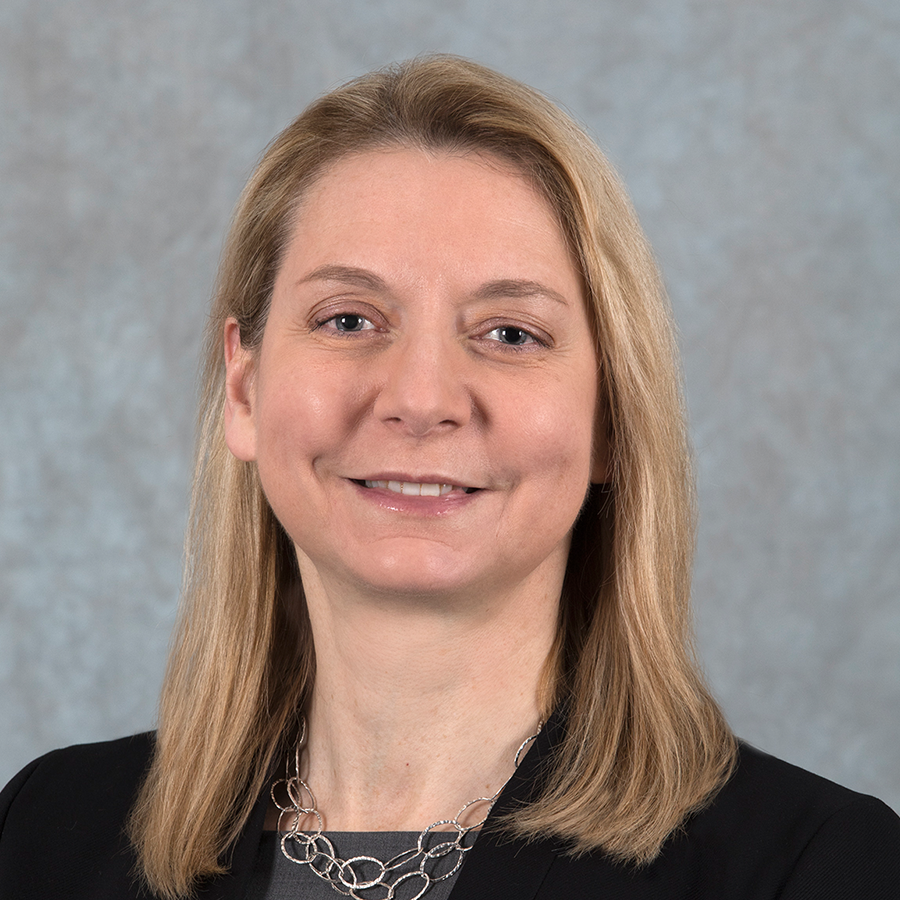 She told the ad­comm to vote ‘No’ on all the ques­tions pre­sent­ed, adding this as her fi­nal slide: 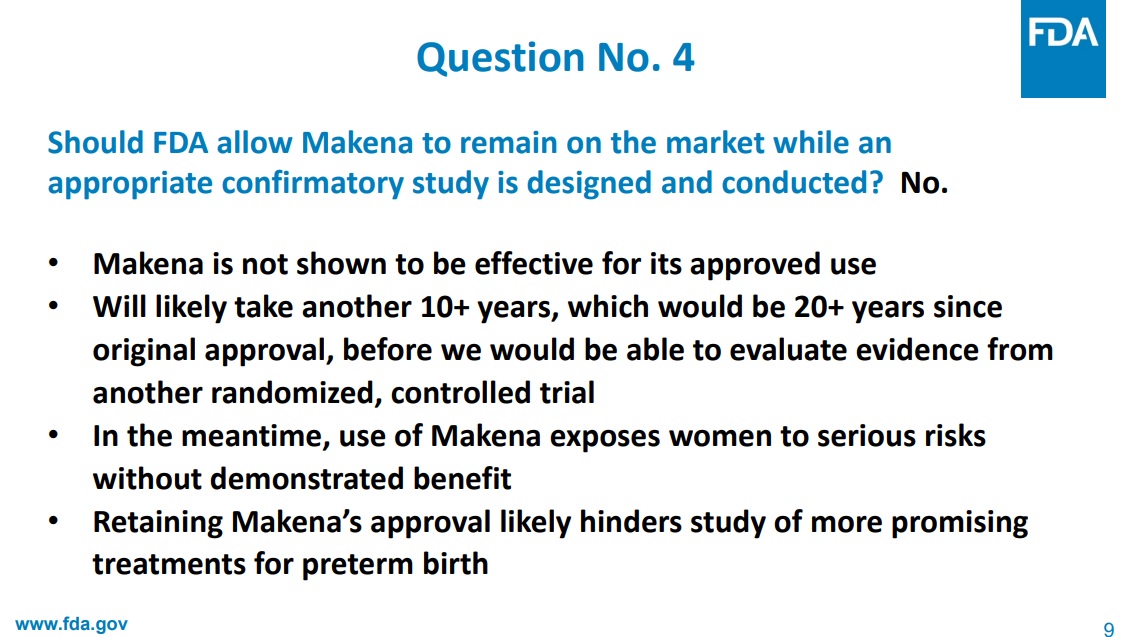 Lau­ra Lee John­son, di­rec­tor of a di­vi­sion of bio­met­rics at FDA, replied that the FDA rec­og­nized the lim­i­ta­tions in all of the stud­ies un­der re­view, but she al­so not­ed “a lot of con­sis­ten­cy” across the re­al-world ev­i­dence tri­als.

“Many of the el­e­ments that Co­vis has brought up about what could be dif­fer­ent be­tween the tri­als are not that dif­fer­ent,” she said.

Co­vis at­tor­ney Becky Wood, for­mer chief coun­sel at FDA, al­so raised con­cerns about the fact that even if Mak­e­na and its gener­ics are pulled from the mar­ket, com­pound­ed ver­sions of the drug, which may be of low­er qual­i­ty than the pre­scrip­tion ver­sion, may re­main on the mar­ket. 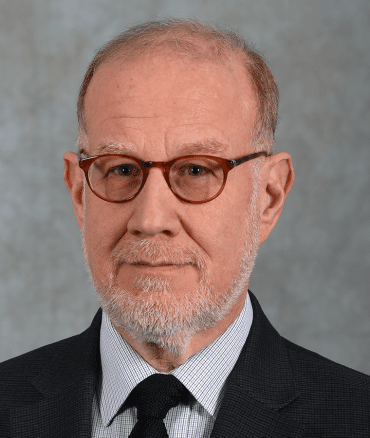 “This is clear­ly a med­ica­tion that’s a bur­den, there’s many in­jec­tions here … But it’s re­al­ly about the lack of ben­e­fit here,” Of­fice of New Drugs di­rec­tor Pe­ter Stein said. “These are not sub­stan­tial, wor­ri­some risks, but ab­sent ben­e­fit, that’s a prob­lem.”

While Stein not­ed that there’s room for fur­ther study of Mak­e­na, Cavaz­zoni made clear that keep­ing Mak­e­na on the mar­ket while an­oth­er con­fir­ma­to­ry tri­al is run could lead to an­oth­er decade-long de­lay. She stressed that any fu­ture con­fir­ma­to­ry study must be fea­si­ble, which “would be ex­ceed­ing­ly dif­fi­cult” if the drug is kept on the mar­ket. 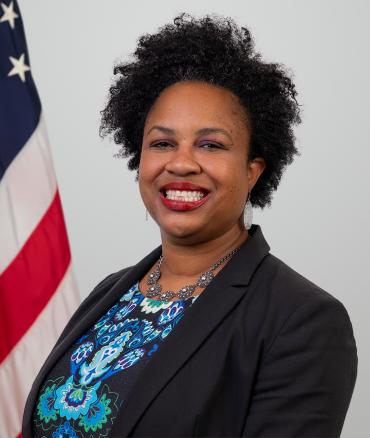 Once again the FDA’s panel of outside oncology experts will have to weigh in on whether or not to grant another indication for Roche’s potential blockbuster cancer drug Polivy, which some analysts have said could reap $2.4 billion in peak annual sales.

Approved in June 2019 under the accelerated pathway, the antibody drug conjugate Polivy was OK’d in combo with bendamustine and rituximab for the treatment of adult patients with relapsed or refractory diffuse large B-cell lymphoma (DLBCL), not otherwise specified, after at least two prior therapies.