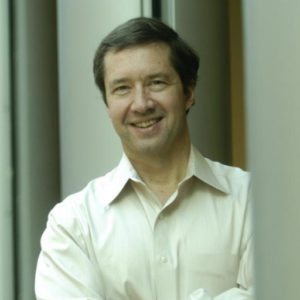 You can count one more promi­nent aca­d­e­m­ic re­searcher who’s mak­ing the jump to Big Phar­ma.

The dean of the UCSF med school, Tal­madge King, had this to say in his send­off to­day:

Post-biotech boom on Wall Street, the com­pe­ti­tion in the in­dus­try for top sci­en­tif­ic tal­ent has be­come in­tense. Jay Brad­ner helped make this a trend when he left Dana-Far­ber and grabbed the top slot at NI­BR two years ago. New Dana-Far­ber chief Lau­rie Glim­ch­er fol­lowed up re­cent­ly by jump­ing from the board at Bris­tol-My­ers to GSK, which is amp­ing up its can­cer R&D work. Re­cent­ly we al­so saw Jean-Charles So­ria give up his job as a pro­fes­sor at South-Paris Uni­ver­si­ty (he was al­so a can­cer spe­cial­ist at In­sti­tut Gus­tave Roussy) to run the on­col­o­gy in­no­v­a­tive med­i­cines group at As­traZeneca.

But no group has been as in­tent at the poach­ing game as NI­BR. Pe­ter Ham­mer­man joined late last year, mak­ing the jump from Har­vard, fol­low­ing the path blazed by Jeff En­gel­man and Glen Dra­noff. All were lead­ing aca­d­e­m­ic can­cer re­searchers.