Faced with dis­ap­point­ing re­sults from its lat­est pre­clin­i­cal pro­gram, aTyr Phar­ma is cut­ting the de­vel­op­ment short and let­ting go around 30% of its staff.

The San Diego-based biotech $LIFE has dis­card­ed IND plans for what would have been its third clin­i­cal pro­gram, dubbed Pro­ject OR­CA. In a state­ment, it said the re­struc­tur­ing and oth­er cost-sav­ing mea­sures are aimed at get­ting its sec­ond as­set, ATYR1923, on track for PhII de­vel­op­ment. 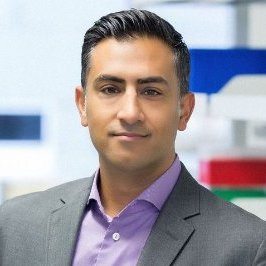 “This has been a very dif­fi­cult process and we re­gret the im­pact this busi­ness de­ci­sion has on our de­part­ing em­ploy­ees and their fam­i­lies,” said pres­i­dent and CEO San­jay Shuk­la in a state­ment. “We are grate­ful for the many con­tri­bu­tions of our im­pact­ed em­ploy­ees and I want to sin­cere­ly thank them for all their hard work and com­mit­ment to aTyr.”

That doesn’t mean the team won’t try to come up with new can­di­dates tar­get­ing this modal­i­ty. But for now they will spend most of their time on in­ter­sti­tial lung dis­ease drug ATYR1923, for which they have just iden­ti­fied a pro­tein re­cep­tor. The pro­gram, like the rest of its pipeline, is based up­on tR­NA syn­thetase re­search by the Scripps’ Paul Schim­mel.