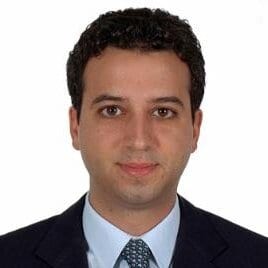 “The in­ves­ti­ga­tion to date has iden­ti­fied over 50 deals where the sub­ject traders have en­gaged in sus­pi­cious trad­ing, as a re­sult of which the par­tic­i­pants in the scheme have col­lec­tive­ly made over $100 mil­lion in prof­its,” ac­cord­ing to a 2017 FBI af­fi­davit ob­tained by Bloomberg.

The max­i­mum statu­to­ry term of im­pris­on­ment for all counts against Tele­maque Lavi­das is 135 years, a let­ter from the Act­ing US At­tor­ney filed with the court in­di­cat­ed.

Lavi­das has been in jail since he was ar­rest­ed in Oc­to­ber 2019. His tri­al would like­ly shed light on a se­cre­tive scheme that Nikas was ap­par­ent­ly try­ing to bring more peo­ple in­to.

On or about Ju­ly 27, 2013, GEOR­GIOS NIKAS, a/k/a “George Nikas,” the de­fen­dant, emailed an ac­quain­tance and wrote “Was try­ing to find u 3 weeks ago when I had some se­ri­ous­ly juicy in­fo for u but nowhere to be found” and fur­ther wrote that the in­for­ma­tion was “Stock mar­ket re­lat­ed. U snooze u lose.”