The pause for sotro­vimab, of which the US bought about $1.9 bil­lion worth of dos­es, comes af­ter sev­er­al oth­er mAbs were paused when Omi­cron ini­tial­ly emerged, in­clud­ing mAb com­bos from Re­gen­eron and Eli Lil­ly.

The FDA notes that there are sev­er­al oth­er ef­fec­tive treat­ments against this BA.2 sub­vari­ant, in­clud­ing Pfiz­er’s pill Paxlovid, Mer­ck’s mol­nupi­ravir, Gilead’s Vek­lury (remde­sivir) and Eli Lil­ly’s bebtelovimab. But sup­plies of those treat­ments are like­ly to run thin as Con­gress has dropped the ball on pro­vid­ing ad­di­tion­al funds for fur­ther pur­chas­es. 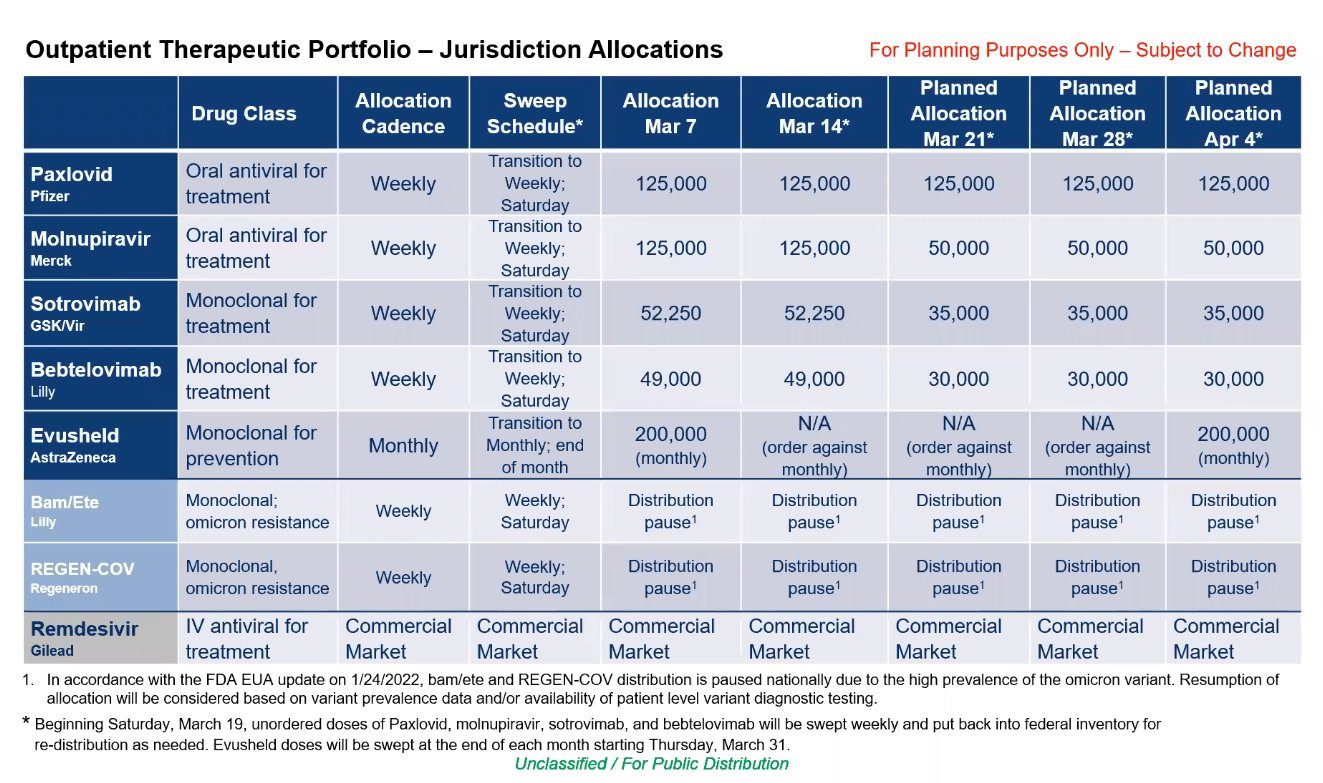 The call to break the fund­ing stale­mate comes as Con­gress punt­ed on in­clud­ing about $15 bil­lion — Biden ini­tial­ly want­ed al­most $23 bil­lion — in pan­dem­ic funds in a larg­er an­nu­al spend­ing pack­age ear­li­er in March.

On the an­tivi­ral front, the Biden ad­min­is­tra­tion not­ed that be­cause pills like Pfiz­er’s Paxlovid can take more than 6 months to man­u­fac­ture, the US will “like­ly not have enough of these treat­ments by the end of the year. And be­ing un­able to make ad­di­tion­al pur­chase com­mit­ments now like­ly means that few­er treat­ments will be avail­able next year as well.”