The lead­ing Swiss news­pa­per has re­port­ed that the US is con­sid­er­ing plac­ing tar­iffs on phar­ma­ceu­ti­cals from Switzer­land. Roche and No­var­tis stock each fell 1% af­ter the news broke. 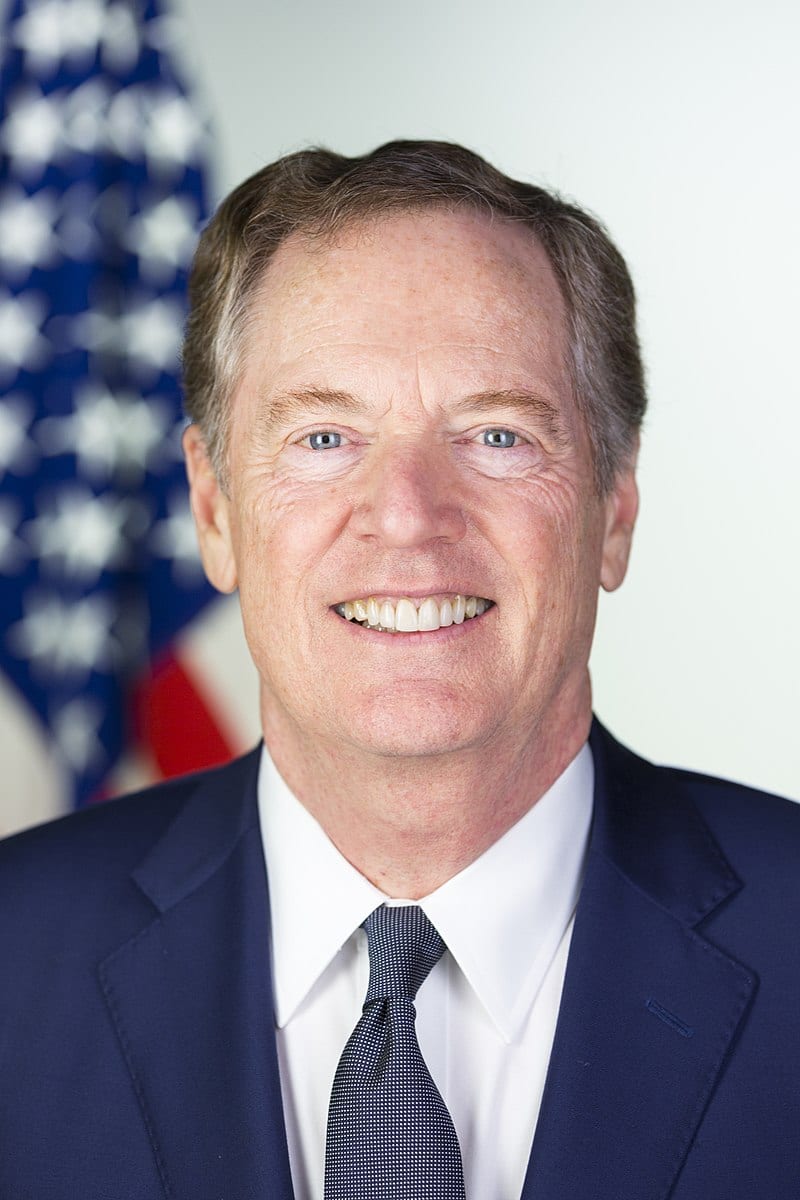 Don­ald Trump, though, has broad­ly tar­get­ed US trade deficits world­wide, and phar­ma­ceu­ti­cals are the lead­ing weight be­neath the US’s $18.9 bil­lion trade deficit with Switzer­land.

The Swiss drug in­dus­try re­lies heav­i­ly on the Amer­i­can mar­ket. The US im­port­ed $14 bil­lion in phar­ma­ceu­ti­cals in 2018, ac­cord­ing to the US Trade Of­fice of Rep­re­sen­ta­tive, over a third of Swiss ex­ports to Amer­i­ca.

The news comes sev­er­al months af­ter Trump and Swiss Pres­i­dent Ueli Mau­r­er said they were keen on ad­vanc­ing a trade deal. There’s been lit­tle word since, but Trump has pre­vi­ous­ly used tar­iffs as a stick to ex­pe­dite trade ne­go­ti­a­tions, no­tably threat­en­ing steep au­to­mo­tive levies on Cana­da as he sought to rene­go­ti­ate the North Amer­i­can Free Trade Agree­ment.

Switzer­land, de­spite a pop­u­la­tion around 8.5 mil­lion, ex­port­ed 11% of the world’s fin­ished drugs in 2017. That was sec­ond-most of any coun­try world, be­hind Ger­many and ahead of the US.

Long a stal­wart sec­tor, the drug in­dus­try has helped keep the Swiss econ­o­my afloat amid a glob­al econ­o­my slowed by, among oth­er fac­tors, the trade war. The coun­try’s econ­o­my has al­ready been hit by US steel and alu­minum tar­iffs.

Nick Galakatos and the Black­stone team now have a record $4.6B to in­vest in bio­phar­ma, with a big fo­cus on push­ing com­pa­nies over the top

Nick Galakatos and his team at Blackstone Life Sciences have seen their biggest opportunities swell up in mostly established players who don’t have all the money they need to accomplish everything on the to-do list. And right now, with the industry booming, that’s a long list with some hefty needs.

The Blackstone team has neatly tied up the largest private fund ever raised in life sciences for making big dreams come true in biopharma. Late Thursday, Blackstone put out word that they had closed their highly anticipated fund with the projected $4.6 billion all in.

Gilead is surging again off data that suggest its antiviral remdesivir might improve survival.

The new data come from an analysis Gilead conducted comparing the death rate and recovery time of patients in one of its remdesivir trials to a group of 800 patients “with similar baseline characteristics and disease severity” who received only standard-of-care around the same time. The result, they said, suggested that patients who received remdesivir had a 62% better chance at surviving than those who did not.

Win or lose on the mar­ket­ing OK, the FDA just gunned down GSK’s bright hopes for their BC­MA ther­a­py

The FDA’s ODAC — the Oncologic Drugs Advisory Committee — has a well-known bias in favor of adding new cancer drugs to the market, even if efficacy is at best marginal and serious safety issues demand careful management.

Doctors want as many arrows in their quiver as they can get. And when patients are dying after failing multiple drugs, why not give it a go one more time?

GlaxoSmithKline, though, is about to test out how their new BCMA antibody drug conjugate belantamab mafodotin can do after being mauled in an in-house FDA review, ahead of the Tuesday expert panel discussion. Even if the agency goes ahead with an expected green light, this drug will likely be constrained to a small niche — icing any plans they may have for making waves in oncology anytime soon.

Nick Galakatos and the Black­stone team now have a record $4.6B to in­vest in bio­phar­ma, with a big fo­cus on push­ing com­pa­nies over the top

Win or lose on the mar­ket­ing OK, the FDA just gunned down GSK’s bright hopes for their BC­MA ther­a­py