Velox­is wins $1.3B buy­out, and the new own­er plans to fol­low up with new deals 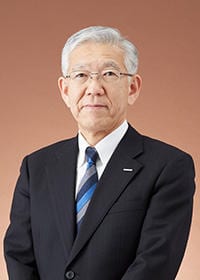 Velox­is has been a low pro­file biotech on the con­ti­nent, but re­cent­ly saw its share price zoom up. Asahi Ka­sei is pay­ing DKK 6 cash per share, just a 6% pre­mi­um over the av­er­age trad­ing price tracked from Oc­to­ber 14 to No­vem­ber 22. But it’s a 75% pre­mi­um over the one-year weight­ed av­er­age. The deal was an­nounced on Mon­day.

Japan­ese phar­mas have been snap­ping up phar­ma prod­ucts around the world for a num­ber of years now, look­ing to ex­pand be­yond Japan as they look for new and grow­ing mar­kets. And Asahi Ka­sei Pres­i­dent Hide­ki Ko­bori says they plan to fol­low up on the ac­qui­si­tion with some new strate­gic deals.

Velox­is wins $1.3B buy­out, and the new own­er plans to fol­low up with new deals